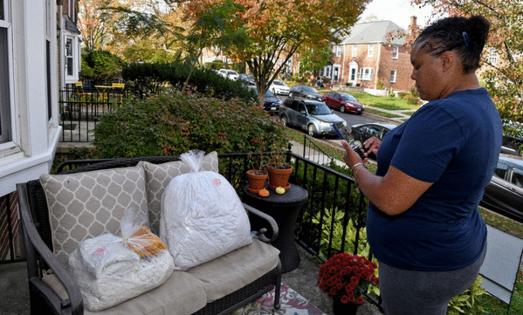 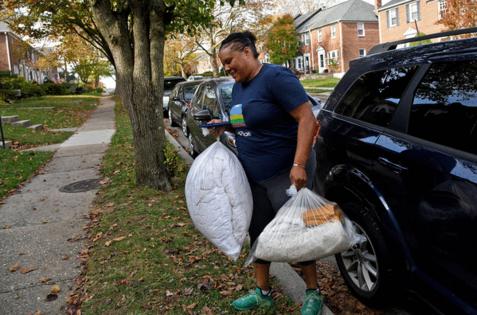 PIKESVILLE, Md. — As a teenager, Nachshon Fertel co-founded a business that grew out of the piles of laundry his mother did for her family of seven in Pikesville.

His mom, Ari Fertel, spent way too many hours washing, drying and folding. She challenged her son, then a high school sophomore with a knack for technology, to reimagine the time-consuming chore. She envisioned a laundry service version of Uber. He created a mobile app.

SudShare, which the teen launched four years ago with his father, an entrepreneur, now has customers in 400 cities who pay other people to wash their clothes. The service employs an army of gig-economy contractors, paid by the pound, to wash those clothes in their home laundry rooms.

“Our competition is your washer and dryer,” said Mort Fertel, Nachshon Fertel’s father and SudShare’s CEO. ”The vision is to change America’s experience with laundry and to make the washer and dryer obsolete.”

Why do laundry, he said, when you can “just tap the app, take the laundry bag and put it on your patio and you’re done.”

Like Uber, SudShare works through a scheduling app and on-demand pickup — of laundry, that is. For $1 per pound and a $20 minimum, customers can leave bags of clothes at their doors to be picked up, washed, dried, folded and delivered the next day.

The contractors who take on laundry jobs, called “Sudsters,” can accept or decline work in their communities as they see fit. The company says it has 54,000 contractors in cities and towns across the U.S. who earn 75 cents, plus tips, on the dollar. SudShare keeps the rest.

Doing laundry has changed little since the automatic washing machine debuted in middle-class homes in the 1950s, but the Fertels believe the timing for an app-based laundry delivery service is right. Consumers use app-based services to pay others to grocery shop, deliver meals from restaurants and drive them places, and the coronavirus pandemic accelerated those trends.

During the health crisis, people found themselves reevaluating how they spend their time, and “I don’t know too many people wanting to spend it doing laundry,” Mort Fertel said.

And gig workers are increasingly available. At least one in four workers were already part of the growing independent gig economy before COVID-19, with many looking to set their own hours, work from home or offset losses in other income.