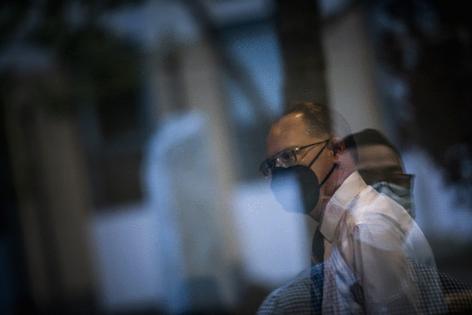 Earlier this year, South Korea became the first country to pass a law that could potentially force Apple and Google to add third-party payment options within their app stores, a move that would allow developers to bypass the companies’ 30% fee on in-app purchases.

That immediately made the country an ally of Cary-based Epic Games, the video game developer that has taken both tech giants to court in an effort to break up their strict rules within app stores.

This week, Epic’s CEO, Tim Sweeney, used Korea as a stage to continue his attack against Apple and Google, saying at a conference there that “Apple must be stopped.”

Sweeney’s broadside against Apple and Google came on friendly turf. His comments were made at the Global Conference for Mobile Application Ecosystem Fairness in South Korea, an event organized by the Epic Games-supported Coalition for App Fairness.

Sweeney praised the new law passed by Korea, at one point saying, “I’m very proud to stand up against these monopolies with you. I’m proud to stand with you and say, I’m a Korean.”

But he had stronger words for the iPhone and Android developers, calling Google “crazy” for the payments fees it charges and Apple wrong for complying with “oppressive foreign laws” while “ignoring laws passed by Korea’s democracy.” Sweeney was likely referencing deals Apple has made with the Chinese government to store personal data of China residents on computer servers operated by a state-owned Chinese firm, The New York Times previously reported.

“Apple is simply ignoring Korean law. Apple locks a billion users into one store and payment processor,” Sweeney said at the conference, according to a video of the event posted online. “Now, Apple complies with oppressive foreign laws, which surveil users and deprive them of political rights. But Apple is ignoring laws passed by Korea’s democracy. Apple must be stopped.”

Apple has not yet responded to a request for comment.

Dan Jackson, a spokesperson for Google, said Google’s fees have never been just about payment processing. “It’s how we provide Android and Google Play for free and invest in the many distribution, development, and security services that support developers and consumers in South Korea and around the world,” he said in an email.

Sweeney, though, said Apple and Google present a clear roadblock to creating what Sweeney and many others, including Facebook’s Mark Zuckerberg, are calling the “metaverse,” a virtual social platform where people can conduct business and interact socially via online avatars.

Activision Blizzard Inc. will release at least the next three games in its hit video game franchise "Call of Duty" on Sony Group Corp.’s PlayStation, even after the publisher was bought by rival Microsoft Corp.