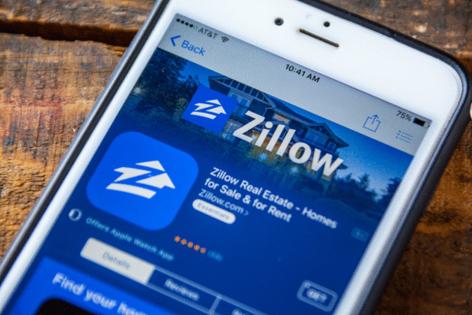 A lawsuit filed in federal court Tuesday alleges Zillow illegally failed to disclose to shareholders that it was struggling to accurately predict home prices for its house flipping business, which ultimately led the company to shutter the operation this month.

The suit, filed on behalf of shareholder Dibakar Barua, alleges that "misstatements and/or omissions" by Zillow executives drove up Zillow share prices that later plummeted when the company announced it would shut down Zillow Offers.

Zillow did not comment on the allegations. "We're aware of the suit that was filed today. We don't comment on pending litigation, but we are reviewing the suit," said spokesperson Viet Shelton.

Attorneys for the plaintiff could not immediately be reached for comment.

Seattle-based Zillow said two weeks ago that it was shutting down Zillow Offers, the company's attempt at iBuying, an algorithm driven version of house-flipping. At the same time, Zillow said it would lay off a quarter of its staff. Zillow had thousands of homes it still needed to resell, many likely at a loss. Zillow reported a loss of $328 million in the third quarter, a loss of $1.29 per share.

"Fundamentally, we have been unable to predict future pricing of homes to a level of accuracy that makes this a safe business to be in," CEO Rich Barton said during an earnings call Nov. 2.

The lawsuit, filed in U.S. District Court in Seattle, is the first federal case regarding Zillow Offers filed against Zillow since the announcement, according to court records. At least two other law firms have asked shareholders to come forward as they investigate similar suits.

The complaint filed Tuesday points to positive statements made by Zillow executives earlier in 2021 about the flipping business. However, the filing does not appear to offer new details on how early Zillow executives knew they may shutter the business.

In earnings calls in May and August, Barton said Zillow Offers was "surpassing our internal expectations" and "continues to accelerate."

During a Sept. 13 industry conference, Chief Operating Officer Jeremy Wacksman said, "We were really encouraged to see while we saw these incredibly hot markets, the strength and the appeal for Zillow Offers just continues to grow and we're even more confident now that this is going to be a service really in all-weather markets," according to the complaint.

"As a result of these materially false and/or misleading statements, and/or failures to disclose, Zillow's securities traded at artificially inflated prices," the complaint says.

The complaint seeks class action status on behalf of an unspecified number of shareholders who acquired shares between Feb. 10 and Nov. 2. The complaint estimates affected shareholders could amount to "at least hundreds of thousands" of people.

The next time you are outside, look up.

You might see houses, buildings, a few trees. Higher you may see some clouds, a commercial airplane, a military airplane. Maybe there’s a helicopter.

In other words, not much. ...Read More

The good news about Windows 11 automatic encryption is that at least some readers can avoid the problem. In the last two columns, I've warned that Microsoft had set Windows 11 Home and Pro operating systems to ...Read More

Tarantino this month announced that he plans to ...Read More

“The Moon will be so close to ...Read More

Though NASA defines the hunk of rock as a "near-earth object," the term near is relative. This asteroid ...Read More