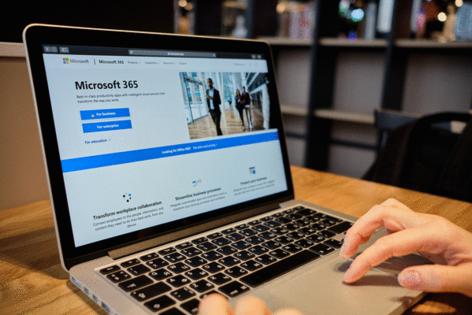 The good news about Windows 11 automatic encryption is that at least some readers can avoid the problem. In the last two columns, I've warned that Microsoft had set Windows 11 Home and Pro operating systems to automatically encrypt consumer data. I said that was dangerous because if a PC were disabled with encryption on, a repair shop would be unable to copy its data to another PC unless the consumer could produce an "encryption key" that Microsoft had not adequately explained. As a result, I suggested that consumers turn off automatic encryption on their newly downloaded copies of Windows 11.

But a few readers who had recently downloaded Windows 11 Home said they were surprised to find that their PCs had not automatically encrypted their data, even though mine did.

What's going on? The readers have most likely discovered a limitation of some PCs — they can't encrypt data using Windows 11 Home.

How do you find out if you have one of those non-encrypting PCs? Download Windows 11 Home, open Settings and click "privacy & security" on the left side of the screen. If you can't find "device encryption" on the right side of the screen, your PC can't encrypt data.

Why can't those PCs encrypt data? It has to do with an apparently unrelated PC feature called "sleep mode." Sleep mode allows an idle computer to operate on minimal electrical power. The PC appears to be off, but upon reawakening it turns on its screen and shows the same open applications as before.

This reawakening is relatively fast, but it's not instantaneous. So, PC makers added a new feature called Modern Standby that makes a PC reawaken almost instantly, just as smartphones do. It does that by keeping some PC activities running during "sleep."

How many consumers will avoid automatic data encryption because of this issue? It's hard to tell because we don't know what percentage of PCs have Modern Standby. All we can say with certainty is that some readers will avoid Windows 11 encryption.

However, anyone who downloads Windows 11 Home or Pro still needs to be on the lookout for unwanted automatic encryption. And, as more people buy new PCs that have Modern Standby, the unwanted encryption problem will become more widespread.

Thanks to the readers who helped with this column, including Bob Julian of Shoreview, Minnesota, Lynne LeFevre of Colorado Springs, Colorado, and William Laine of Menomonie, Wisconsin.

Q: For several weeks my Google Chrome browser has reduced its size to about one-quarter of my screen. I can make it full size by clicking the maximize icon at upper right, but sooner or later it goes back to quarter-screen size. What can I do?

A: Google advises you to "reset" the Chrome browser. Open the menu by clicking the three-dot icon at the upper right of the Chrome window and click on Settings. On the left side of the screen click "advanced," and at the bottom left of the screen click "reset and clean up." Click "restore settings to their original defaults." The browser will retain your bookmarks and passwords.

Tarantino this month announced that he plans to ...Read More

“The Moon will be so close to ...Read More

Though NASA defines the hunk of rock as a "near-earth object," the term near is relative. This asteroid ...Read More

A space object with an intimidating name — “earthgrazer” — zoomed over Georgia and Alabama this week, offering witnesses a glimpse of something rare, NASA says.

“Earthgrazers” are fireball meteors with a ...Read More

The “Forza Horizon” series is already at the top of its genre but can a project focused on cars be game of the year? ...Read More