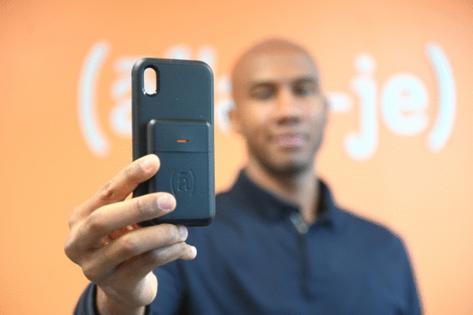 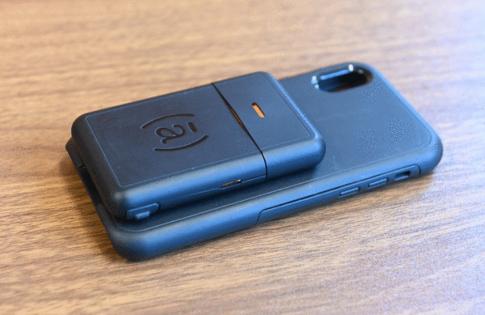 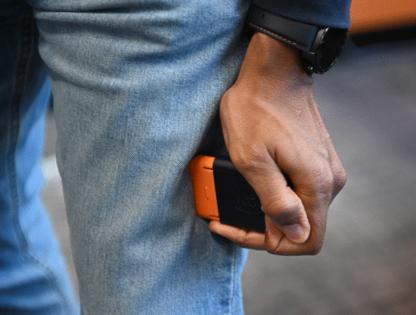 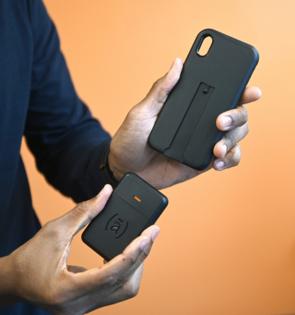 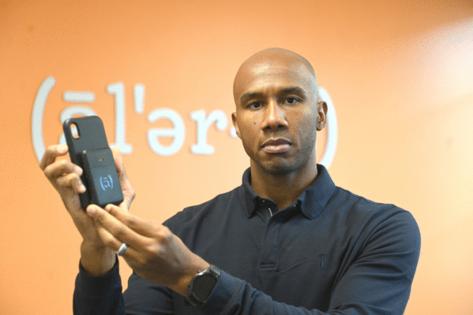 DETROIT — As a young adult, Javier Evelyn didn't always carry his epinephrine autoinjector, which dispenses the medicine he needs if he has a food allergy reaction. It wasn't cool to carry a clunky piece of equipment, he recalled.

"I did not carry my device with me at all for most of college, so I was just really fortunate, to be real with you, when it came to not having any big scares as I was more independent down the road," said Evelyn, 38, a Chicago area native who is allergic to some tree nuts, fin fish and casein, a protein found in cheese.

Evelyn, who has a tech background, moved to Detroit in 2013 and decided to create a more convenient device. His innovation: a cellphone case with an attached epinephrine auto-injector.

"I really wanted to solve a problem that was personal to me," he said. "Something I cared about deeply. Being that I have this lifelong problem and I never really carried an EpiPen growing up because I thought it was not cool to carry. ... Fast-forward in Detroit, I'm having conversation with folks that I know, and a lot of folks felt the same way."

Evelyn, whose business, Alerje, is based at TechTown Detroit, was recently granted a patent on the phone case, called Omniject, by the United States Patent and Trademark Office. He also was honored by TechTown as a Toast of Town Salute Awardee, and this year, his company received a small business innovation research grant award from the National Science Foundation.

Paul Riser, managing director of technology-based entrepreneurship at TechTown, said he's watched Evelyn's business grow during the past few years and believes his device could be a game-changer.

"I see this becoming a standard of addressing allergies in communities at all scales and all socioeconomic bubbles," Riser said.

An estimated 32 million Americans have food allergies, including 5.6 million children, according to Food Allergy Research & Education, a Virginia-based nonprofit. Annually, 200,000 people in the U.S. require emergency medical care for an allergic reaction to food, according to FARE.

Evelyn said the high number of food allergy sufferers and the experience of managing his allergies led him to create the autoinjector as well as two apps for food allergy management.

"It was the convergence of me having this problem, seeing a bigger problem that affects a lot more people and coming up with a solution, although novel at the time, that essentially could fit in the background," he said. "Your device is there when you need it ... but it's not when you don't."

Are you fortunate enough to be able to splurge on some gifts this holiday season? Good news: We've got a bunch of CNET-approved gift ideas in our gift guide [https://www.cnet.com/tech/mobile/best-holiday-gifts-under-300-...Read More

Pretty much everyone cooks, at least at some level, and these items all make cooking meals easier. All of them are great gifts and will help the recipient become a better chef.

You’ll notice that there are two ...Read More

The AKG ARA dual pattern USB desktop microphone shows how easy studio-quality audio can be produced from the comfort of home. It wasn't long ago that setting up a microphone needed extra software and complicated ...Read More

Apple spotlighted the best developers on its platforms with the 2021 App Store Awards, and gaming was a huge part of it with the likes of “Toca Life World” taking the honor of iPhone App of the Year and “Among Us!�...Read More

Every “Pokemon” fan has a favorite generation, and that’s often based on the iteration they played as a kid. A distinct nostalgia colors the memory of the games, so that the first experience in the world of pocket ...Read More