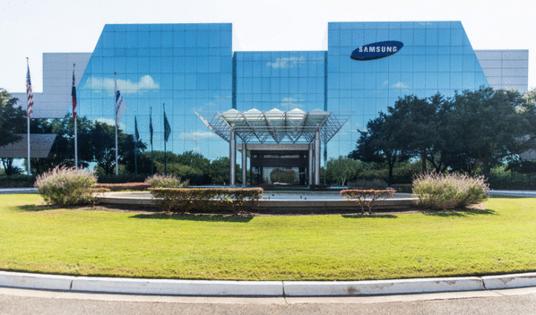 Texas is already home to some of the highest levels of semiconductor output in the nation, but as the industry sees unprecedented federal investment, industry leaders want to ensure the Lone Start State remains at the forefront.

Gov. Greg Abbott has created a semiconductor task force that will work to attract semiconductor investment into the state, including two key institutes being created by the federal government.

The Texas task force will bring together semiconductor industry stakeholders from the private sector, higher education institutes and community partners to develop a proposal for the U.S Department of Commerce to choose Texas as the site for both the National Semiconductor Technology Center and the National Advanced Packaging Manufacturing Program.

"With Texas at the helm of this initiative, our growing tech community, world-class research institutions, and emphasis on innovation through collaboration will surely keep the nation on the cutting-edge of advancements in this sector. Texas offers the foundation necessary to fully address the country's commercial and defense needs in the semiconductor arena," Abbott said in a written statement.

The task force was established as a global shortage of semiconductors, the computer chips that operate everything from your laptop to your car, continues. It also comes as U.S. lawmakers work to pass legislation that could encourage investment in semiconductor infrastructure.

Sen. John Cornyn, R-Texas, is one of the authors the CHIPS for America Act, a bipartisan tech and manufacturing bill designed to expand domestic technology manufacturing and boost the country's ability to compete with China. The U.S. Senate passed the bill in January, with additional legislation passed in June to fund it.

Among other things, it calls for $52 billion to support domestic semiconductor manufacturing. The act could spark unprecedented investment from semiconductor companies establishing new fabs and making other investments in the United States, including in Texas.

The National Semiconductor Technology Center is expected to be a public-private partnership that would create a lab to conduct research and create prototypes of advanced semiconductors in partnership. The National Advanced Packaging Manufacturing Program is expected to be a center for advanced semiconductor manufacturing. Both programs were established by the CHIPS for America ACT, which was passed earlier this year. The search for a home for the programs is still underway.

Abbott said Texas's industry leadership and innovation in the semiconductor sector makes the state the ideal location for both institutes.

"This initiative is critical for reinforcing the domestic semiconductor supply chain and is essential to our national security," Abbott said in a written statement. "In 2021, Texas was ranked No. 1 in the country for its leadership in semiconductors, and we continue to see significant capital investment in areas across the state."

As aviation struggles to emerge from the historic, pandemic-driven downturn, another longer-term challenge already looms. Concern about air travel's contribution to climate change threatens to curtail growth of an industry...Read More