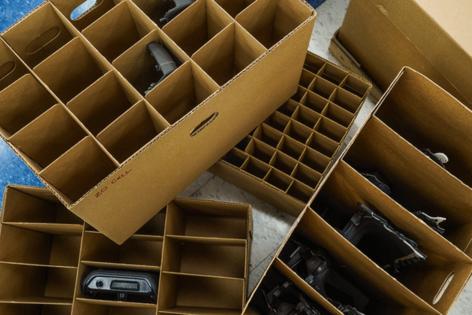 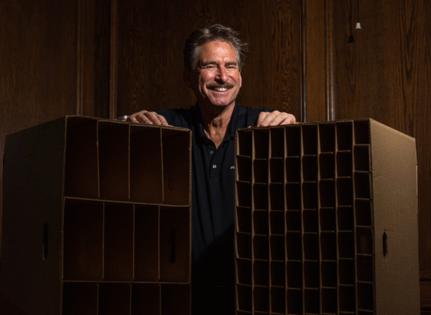 This is a story about a box.

"It's not rocket science," said Rudy Youell. "It's almost so stupid it's ridiculous. But it's saving so much money it's amazing."

His simple box design is saving the auto industry tens of millions of dollars behind the scenes in production, shipping and labor costs just as companies are navigating a land mine of supply chain disruption and unpredictability that inhibits earning power.

So, imagine if every box Amazon shipped could be reused. Not crushed and recycled after one shipment but actually used again and again to ship items as many as six times and maybe even 10. No plastic. All cardboard. Sustainable.

Consider the dollar savings, not to mention trees that go uncut for cardboard.

Youell, 64, of Columbus, Ohio, has worked in the corrugated box business for nearly half a century. He and his father owned American Corrugated, which served automakers and auto suppliers from six locations in five states between 1980 and 2015.

These days, Youell owns the patents for a simple yet unique box design called P2 Packaging that's licensed to companies in Michigan, South Carolina and Indianapolis and used to ship car parts all over the U.S. and the world.

Imagine parts for something like your vehicle dashboard. Now you get it.