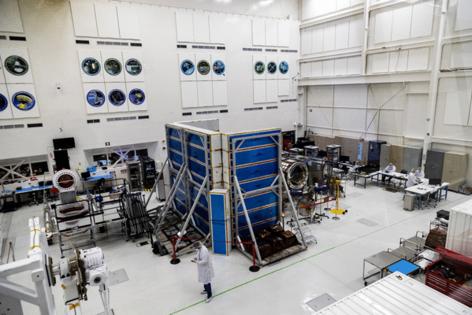 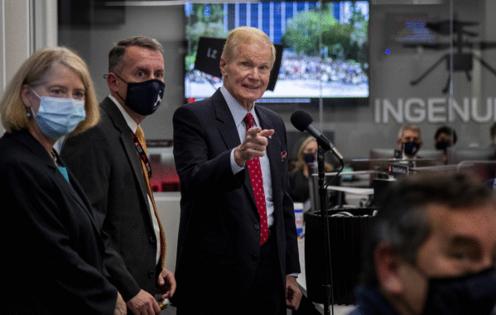 Some said the meeting marked a sea change for previously siloed agencies, and underscored the need to work together to solve the climate crisis.

"I don't want to be overly dramatic, but in truth, this discussion is about saving our planet," NASA Administrator Bill Nelson told the group of attendees, which included Earth and space scientists from NASA and JPL, local congressional representatives and California environmental secretaries Wade Crowfoot and Jared Blumenfeld.

Upcoming Earth-centric missions will provide a more precise look at "everything that's happening" with the oceans, the land and the atmosphere than ever before, Nelson said. Among the big-ticket items were new tools to measure snowpack and groundwater, satellites to monitor methane emissions and remote sensing assets to assess the impact of hazards such as wildfires, earthquakes and mudslides.

"We're facing an existential crisis on this planet," said Crowfoot, the state's natural resources secretary. "These challenges are intense. ... But there's no better place than California to do this work, because we understand the gravity of the threat."

The meeting between California and federal officials was a far cry from 2018, when — frustrated by the Trump administration's efforts to scuttle climate research — then-Gov. Jerry Brown insisted that California would launch "our own damn satellite, to figure out where the pollution is and how are we going to end it."

Now, three years later, Californians need only look out their windows to get a sense of what scientists can observe from above. Wildfires are burning record acreage across the West, while worsening drought is draining the region's water supplies to unseen levels. The state also recorded its hottest summer ever in 2021.

Many at the meeting hoped NASA and JPL's findings would help combat global warming by informing decision-makers as they determine the best paths forward.

"It's really a game changer to be able to have this data," NASA Deputy Administrator Pam Melroy said, noting that the U.S. can also lead the rest of the world in utilizing the same tools. "Because we'll never solve climate until everybody is a participant."