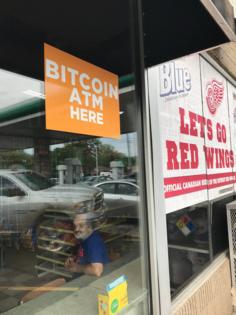 Cryptocurrency firms are fighting for lobbyists and fielding subpoenas in what could be an existential fight over how the multitrillion-dollar industry should be regulated.

In the past month, lobbyists have been overwhelmed by firms seeking representation in Washington, as regulators threaten the cryptocurrency companies with lawsuits or cease-and-desist orders. Current and former enforcers say those warnings are likely just the beginning.

Over the last decade, the cryptocurrency market has grown from a little-known project shared among technologists and libertarians to a massive and largely unregulated industry. But even as the sector has found innovative ways to record ownership digitally and transfer money cheaply, it’s also launched savings accounts and investment funds, products that regulators say ought to follow the same rules as those in traditional financial networks.

As the cryptocurrency industry gears up for a regulatory battle, some lobbyists, who asked to withhold their names to discuss client matters, said they were so deluged by crypto firms looking to hire them in August that they had to turn down some potential clients. Some of the crypto firms said they were being targeted by or expected to be targeted by regulators, the lobbyists said.

Earlier this month, the Securities and Exchange Commission sent a notice to Coinbase Global Inc. that it could be sued for offering proposed accounts with high interest rates.

“Absolutely these firms should be preparing if they aren’t already,” said Owen Tedford, an analyst with Washington-based Beacon Policy Advisors. “It wouldn’t be surprising in the slightest bit to see the Coinbase notice in some ways being a warning shot to the entire industry.”

Nearly a third of new registrations for lobbyists in the finance industry in August and September were for crypto firms or advocacy groups, according to Senate filings. Coinbase in August hired two new firms, doubling its Washington presence, with additions including Andrew Olmem, the deputy director of the National Economic Council in the Trump White House. An affiliate of the Diem Association, a group of companies including Facebook Inc. that plans to launch a new cryptocurrency, hired new lobbyists, as did the Digital Currency Group, a crypto-focused venture capital firm.

“Crypto lending might be the easiest way for the SEC to get its hooks into the industry, but it’s very clear they’re looking at cryptocurrencies themselves,” said Tyler Gellasch, a former counsel at the SEC who heads the Healthy Markets Association, whose members include large asset managers. If many cryptocurrencies are deemed securities, exchanges such as Coinbase and the rest of the crypto industry “will not be able to make money the way they do today.”

Crypto lending incumbents, such as BlockFi Inc. and Celsius Network Inc., have already garnered more than $35 billion in deposits of traditional cryptocurrencies such as Bitcoin, as well as stablecoins, whose values are pegged at $1 and are considered a replacement for fiat money.