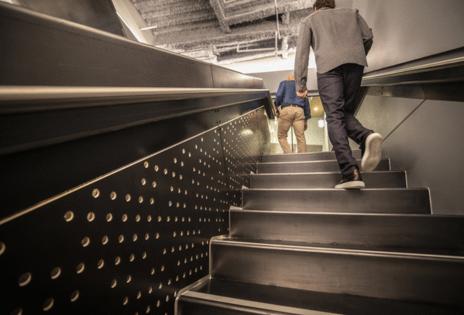 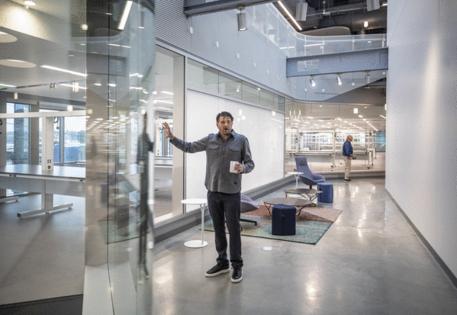 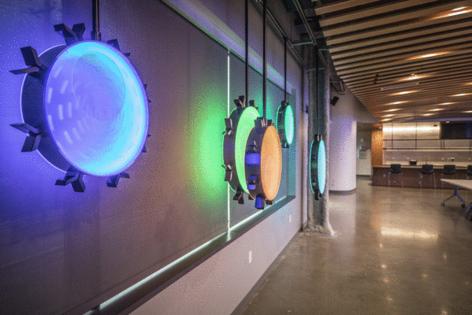 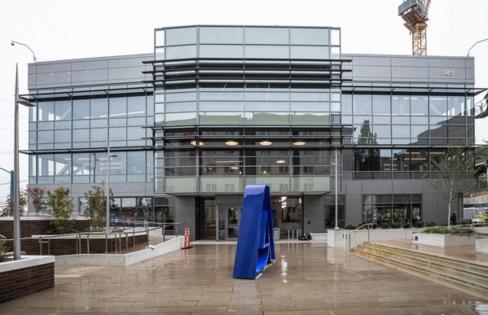 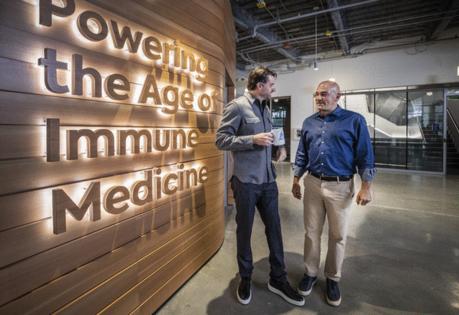 Adaptive sells an ultra-detailed blood test that analyzes immune responses to different diseases. It says the technology can advance research, diagnosis, and treatment of cancer, autoimmune disorders and infectious diseases.

If successful, it would mark yet another major contribution by Seattle-area researchers with roots at the Fred Hutchinson Cancer Research Center in combating COVID-19. Earlier in the pandemic, the Seattle Flu Study — a partnership between University of Washington Medicine, Fred Hutch and Seattle Children's Hospital — added to its work tracking the flu by also surveilling for COVID-19. The cancer center's own Dr. Larry Corey was tapped by Dr. Anthony Fauci to help oversee government-sponsored clinical trials for COVID-19 vaccines. And Fred Hutch computational biologist Trevor Bedford has long been at the forefront of mapping mutations and variants for the disease.

Adaptive would also be another successful new startup born out of the cancer research center. The company was founded in 2009 by the two brothers after Harlan made a discovery with his team at the center.

With a market capitalization of approximately $5.5 billion and a head count of 800 employees, Adaptive is the largest active company to spin out of the cancer center. It is second only to Juno Therapeutics, which was acquired in 2018 for $9 billion. With 17 startups active, Fred Hutch's leaders are confident there's more where Adaptive and Juno came from.

'Worse than looking for a needle in a haystack'

Inside the human bloodstream, special cells called "T-cells" help the immune system detect diseases. But because the body has hundreds of millions of different types of T-cells — many specific to each disease — analyzing those T-cells is challenging.

Some of the most advanced genetic sequencing tools on the market right now still "ignore" the genetic codes of T-cells because of how much variety there is, said Dr. David Koelle, a professor researching the immune system at UW Medicine.

Adaptive is going after that problem by using chemistry and software to analyze the unique genetic codes that identify each type of T-cell.

T-cells replicate when they encounter a specific threat, Koelle said. They serve as "memory" to help the body respond better if ever it faces the same threat again. Analyzing which T-cells someone has can help uncover the diseases they have faced throughout their lives.

Microsoft, which invested $45 million in Adaptive in 2017, helps the company compare genetic codes found in blood samples with the hundreds of millions of other genetic codes Adaptive has on file. The project requires computing power similar to that of an entire internet search engine, said Peter Lee, a vice president at Microsoft.

"It's worse than looking for a needle in a haystack," Lee said. "What you're looking for is a pattern of whether certain straws of hay ... are in the shape of a tree."

Less than a year after the company went public in 2019, the coronavirus pandemic made the human immune system the center of attention. Adaptive, too, began pointing its infrastructure at COVID-19 and started accepting thousands of blood samples from almost every continent to analyze the T-cell immune response to the virus.

In March, the company received emergency use authorization from the Food and Drug Administration for its advanced test called "T-Detect COVID" which it says can detect current and prior infections for the disease. Adaptive also recently licensed technology to Norway-based Vaccibody to design vaccines that specifically target COVID-19 variants.

Adaptive's broader vision with COVID-19 is making sure America is establishing pandemic guidelines based on domestic data that includes not only antibody responses to vaccines but also T-cell responses, giving a fuller picture of the immune system adapts to coronavirus. Adaptive CEO Chad Robins pointed out the government is heavily relying on studies from Israel to make decisions around booster shots.

"Where [the government] spent a lot of time and effort funding vaccine development, we haven't systematically funded what the immune response is," Chad Robins said.

From Lego blocks to booster shots

Just thirteen months apart, Harlan and Chad Robins were "like twins," said their mother, Karen Robins. The boys grew up in Chicago and were avid Lego fans. Chad would point to photos of which structure he wanted, and big brother Harlan would make it for him.

"Harlan will build it and Chad will sell it," Karen Robins recalled her late husband, Larry, often saying.

After college, Harlan pursued science and research at "The Hutch," while Chad went into finance and real estate. At a San Diego conference in 2009, Harlan presented a discovery he made on how to analyze the genetic content of the immune system. After dozens of professors flocked to ask him about the technology, Harlan called Chad from the hotel pool and pitched him on starting a business.

While the company is losing money on every COVID-19 test it does, it sees this work as an "obligation." The entire company is still "a few years" from profitability, Chad Robins said.

Adaptive primarily sells its technology to academics and drugmakers. Dr. Whitney Harrington, an infectious disease researcher at Seattle Children's Research Institute uses Adaptive to study the transfer of immune cells from mothers to babies through the placenta and breast milk. Other tools offer her details about immune cells that Adaptive can't. But Harrington said a key advantage to Adaptive's service is she can readily access results online and is less dependent on a computational biologist to generate initial insights.

Another category of customers includes physicians who help diagnose diseases. They are a "growing proportion" of the company's revenue, said Chad Robins. For example, Adaptive can help cancer patients detect lingering tumor cells well after they have undergone treatment.

One challenge with diagnostic testing is obtaining reimbursement from "an insurance system that is not designed to favor preventive care and screening," said Evan Lodes, a partner at New York-based Senator Investment Group, which invested in Adaptive in 2015.

"Ultimately, what we hope to do is get this blood test into primary care," said Chad Robins. Still, he noted that was likely still five years away.

Lodes isn't worried. He said therapeutics for immunology and infectious diseases today sell more than $100 billion annually. "The opportunity set is so large ... it would be a shame to prioritize near-term profitability" over growth, he said.

Juno and Adaptive's tremendous growth has prompted Fred Hutchinson to find ways to replicate their success.

In recent years, the cancer center has added reinforcements to the team that builds new startups of this kind and brings new discoveries to market. It recruited Niki Robinson and Hilary Hehman, both of whom built the commercial patent pipeline at Cincinnati Children's Hospital, and tasked them with marketing Fred Hutch's discoveries to outside investors.

Hehman said it was "astonishing" to her just how "entrepreneurially focused" the culture is at Fred Hutch. "I don't know what it is about The Hutch, but I feel like it attracts people that have that sensibility."

Still, Seattle has a long history of building biotech companies that are eventually acquired by larger juggernauts. Years after Amgen acquired Seattle-built Immunex in 2002 for $16 billion, the California-based drugmaker decided to close its Puget Sound campus, leaving many of Seattle's biotech brains soul-searching.

"It's so much excitement around each company and then a little bit of heartbreak when they're acquired," said Leslie Alexandre, president and CEO of Life Science Washington. "The next thing you know, the company has been moved."

Adaptive's strategy to bring products to market in all three key life sciences segments — research, diagnostics and drug discovery — is evidence of its commitment to building a "stand-alone" company, Chad Robins said.

The goal is to "be an anchor tenant in the Seattle area," he said. "We weren't building the company to be acquired."

To that end, Adaptive opened a new office Tuesday in Eastlake. One other marker of that commitment: Karen Robins, the brothers' mom, has moved into a houseboat on Lake Union within eyeshot of the office, and often visits her sons for lunch.

"If she had her way, she'd be here every day," Chad Robins said.

BALTIMORE — If you’re heading out to a ball game at Oriole Park at Camden Yards next spring, you’ll likely become a test subject for a new a security technology that uses low-energy radar with 3D imaging and ...Read More

WASHINGTON — The Meta Platforms Inc. executive who leads Instagram told U.S. senators that tech companies should receive legal protection from liability for user-generated content only if they adhere to kids’ safety ...Read More

Apple Inc. won a delay to court-mandated changes to its App Store as the company appeals the ruling, marking a victory in a legal battle with Fortnite maker Epic Games Inc.

Are you fortunate enough to be able to splurge on some gifts this holiday season? Good news: We've got a bunch of CNET-approved gift ideas in our gift guide [https://www.cnet.com/tech/mobile/best-holiday-gifts-under-300-...Read More

Pretty much everyone cooks, at least at some level, and these items all make cooking meals easier. All of them are great gifts and will help the recipient become a better chef.

You’ll notice that there are two ...Read More