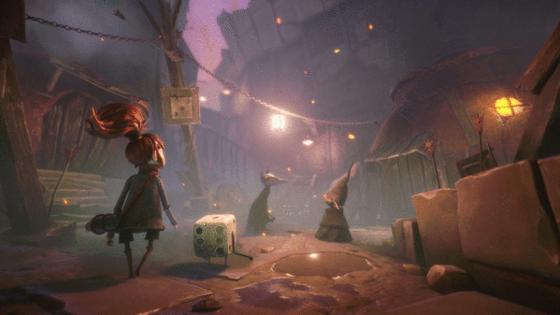 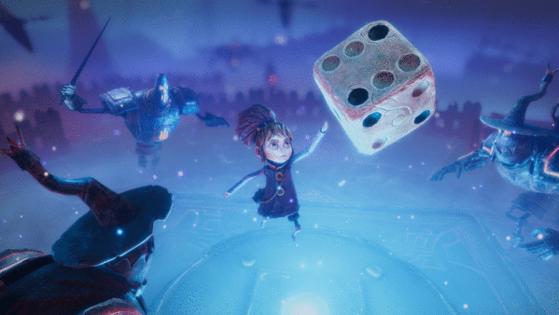 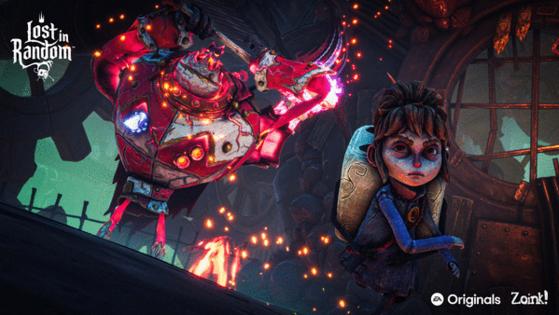 A girl, some dice and a board game world — those seemingly incidental images came together in a painting, and from that image, the idea of “Lost in Random” sprouted. For creative director Olov Redmalm, a distinct vision grew out of that inkling, but what’s remarkable is how the team at Zoink Games managed to focus their ideas through the prism of that concept and create a captivating adventure.

It’s a title that transports players to a surreal but somehow logical dark fairy tale world. It begins with two sisters — Odd and Even — who live in Onecroft, one of the lowest slums of the Kingdom of Random. This is where the campaign begins as Even’s sibling turns 12 and by evil Queen’s law, Odd has to roll the one true dice to figure out where in the six realms she would go. She ends up in Sixtopia with the Queen and is whisked away.

A year later, Even still misses Odd and has dreams about her. After a particularly strange dream, she’s visited by a strange ghost, and while pursuing an apparition that she believes is connected to Odd, she embarks on a quest to see her sibling. That takes her to other locales in Random; each place has its own culture and problems as the Queen has tyrannized the kingdom.

A KINGDOM WITH SIX REALMS

Onecroft is the lowest rung. Two-Town is helmed by a mayor who leads a constituency full of split personalities. Threedom is in the middle of a three-sided civil war among noble siblings, each of whom suspect the others of regicide. Fourburg was once the site of a chivalrous city, but the Queen has reduced it to rubble. Amid the ruins, a Las Vegas-like destination has emerged. Fivetropolis, with its soaring skyscrapers, used to be where artisans made cards, but it has been turned into the Queen’s war machine. Lastly, Sixtopia is ballyhooed as a paradise but few have confirmed anything about the realm.

Dice play a huge role in the iconography of Random as more citizens used to have a partner die and these dice wielders used to compete in epic contests of chance. In “Lost in Random,” dice act as spell books that allow users to materialize weaponry or play tricks on adversaries. After the Queen took over, she eliminated all dice — save for her own — in the No Dice War. She rules with absolute power.

What makes Even so special is that she befriends a die named Dicey, and together, they venture through the diverse locales solving the dramas that plague them. Zoink flexes its creative muscles, filling each destination with a foreboding whimsy. Visually, “Lost in Random” has much in common with “The Nightmare Before Christmas” and the game wears that influence on its sleeve with its spindly characters and outlandish architecture. The developers stick to the motif of classic games and use it brilliantly. Even runs into passageways blocked by domino walls and she comes across houses made of cards.

THE BEST PART OF THE GAME

That thinking extends to the gameplay, which is the most impressive aspect of “Lost in Random.” During combat, Even must power up Dicey by using her slingshot to knock crystals off enemies and it allows her to draw up to five cards from a deck. Players can toss Dicey at any time, and doing so sends Even to the Dicemension where time freezes for nearly everyone except for her.