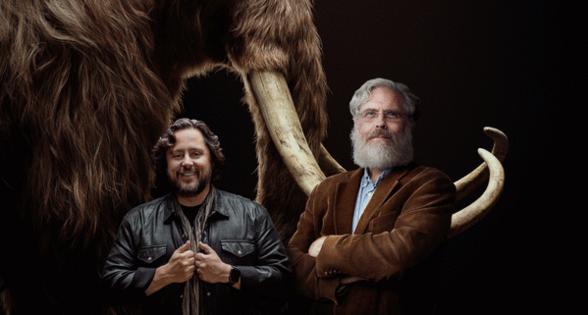 DALLAS — Dallas serial tech entrepreneur Ben Lamm has never been one to shy away from a challenge — even a colossal one.

By the age of 39, he had created five companies, many of which were acquired for sums he won’t talk about. He transitioned from mobile software development to immersive game development to artificial intelligence products.

But none of that comes close to Lamm’s newest and most adventurous endeavor yet.

Lamm wants to bring Woolly Mammoths back to the Arctic tundra and is launching a new bioscience and genetics business, Colossal, to bring the dream to life.

He’s starting out with $15 million in seed funding that will help harness genetic technology to create a model for de-extinction with the goal of restoring degraded ecosystems.

And he’s teaming with one of genome sequencing’s leading pioneers, Harvard geneticist George Church. Colossal will support research at Church’s Harvard Medical School lab as part of a sponsored research agreement to create an elephant-mammoth hybrid genetically engineered to survive in the Arctic.

“Never before has humanity been able to harness the power of this technology to rebuild ecosystems, heal our Earth and preserve its future through the repopulation of extinct animals,” said Lamm, who will serve as Colossal’s CEO.

The company plans to use CRISPR, a gene-editing technology, to alter the genes of Asian elephants, the closest genetic relative to the extinct woolly mammoth. Scientists identified more than 60 genes needed to create a functional woolly mammoth.

After creating embryos with woolly mammoth traits, the company will have to decide where to grow them: either in an elephant or, potentially, an artificial womb, Lamm said.