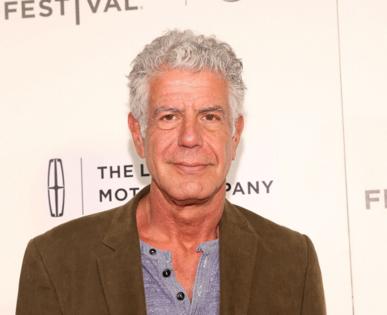 Director Morgan Neville faced skepticism and outright revulsion on social media this month when it was revealed he used artificial intelligence to create a model of Bourdain's voice for 45 seconds of narration in the new documentary "Roadrunner," about the life and 2018 death by suicide of the beloved chef and journalist.

Bourdain's voice was one of his trademarks, known to fans the world over from his TV travelogues "Parts Unknown" and "No Reservations." Fans also loved how authentic he seemed, always able to level with the viewer. Faking his voice, to some, was a step too far.

"In the end I understood this technique was boundary-pushing," Neville said. "But isn't that Bourdain?"

Yet the boundaries have already been pushed far beyond Bourdain's legacy or the mere confines of documentarian ethics. The voice imitation revolution is already here, and artists, technologists and companies in several industries who use the new tech are grappling with the big question of what happens when you separate speech from the speaker.

Need a synthetic voice that can read text for the visually impaired? A human voice actor can't preread every possible sentence in the world but an AI-built voice could cope. Have a video game that's been in interminable production for years and want to avoid hauling in voice actors for rerecording every time there's a script change? Tweak their dialogue in production.

Another synthetic-voice company, VocaliD, pitches to potential corporate clients that "the volume and speed with which written content must be transformed into brand-consistent sound bytes cannot be met by traditional voice talent or generic text-to-speech." It imagines scenarios "you need audible content fast, but your voice talent isn't available. Don't miss the mark by delivering flat or generic sounding content that doesn't foster the connection you've built with your audience."

A third company, Resemble AI, offers services like voice "cloning" and has short clips of synthetic speech from former President Barack Obama and actors Morgan Freeman and Jon Hamm (though potential clients are forbidden from cloning the voices of celebrities without permission). The company says a voice clone can start to be built if it has 50 sentences from a real speaker to synthesize.

I received a question this week from a reader who said her email was hacked and she wondered what to do next.

She’s also a Mac user and wanted to know if she needed to install an antivirus program to protect herself ...Read More

The iconic Rubik's Cube drove me nuts during the time I had one. Fast forward a few decades and now I have Heykube, the new generation technology-driven version of the Rubik’s Cube. Much more fun and much less ...Read More

PlayStation 5 video game puts players in the shoes of Colt Vaughn who must solve a mystery behind a time loop.

Time loops are nothing new in pop culture. “Star Trek: The Next Generation,” “Buffy the Vampire Slayer...Read More

If you're gaming on the Xbox One or a new Xbox Series X and want to use headphones, you can plug any old standard pair with a mic into the controller's 3.5mm jack. Note that we said you *can* do that, not that you *...Read More

In stressful times — and I think we all agree these qualify — Facebook can feel like a little bit of sanctuary.

Avoid the politics — and that person who insists on posting a picture of every restaurant meal he ...Read More

Indie game by Ember Lab looks great and plays like a cross between “Zelda” and “Pikmin.”

“Kena: Bridge of Spirits” generated plenty of hype based on its stunning visuals. That shouldn’t be a surprise. ...Read More