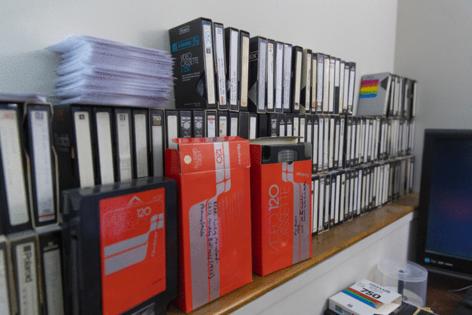 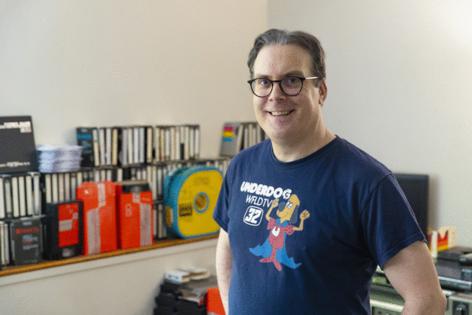 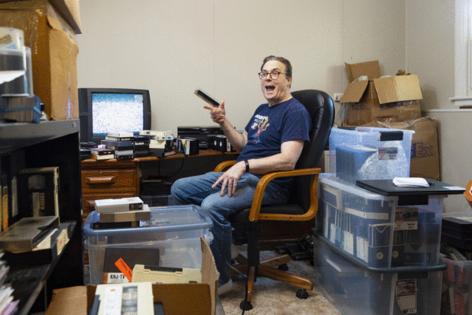 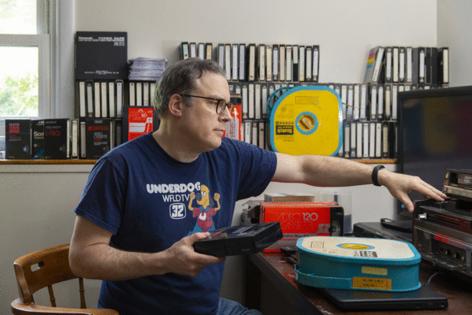 CHICAGO — Rick Klein’s obsession began when he was a teen. He came across an overlooked videocassette in his family’s Cicero, Illinois home, stuck it into the VCR and found a 1983 episode of “The Bozo Show” in which he and his brother were in the audience.

But it wasn’t just the antics of the famous Chicago entertainer that enchanted him — it was the homespun production values, the clothes and hairstyles of the kids and, most of all, the commercials that played during breaks.

“I was just blown away by seeing stuff I had forgotten,” he said. “That’s one of the things that becomes so addictive. … You see something and remember. It’s just like a key going into a lock.”

Since then, Klein, a 46-year-old systems administrator who now lives in Lisle, Illinois, has dug up thousands of other TV shows and clips captured on home video systems or squirreled away by television professionals, creating a nonprofit archive of local programming that doesn’t exist anywhere else.

Klein has digitized many of his finds and put them on a YouTube channel he calls the Museum of Classic Chicago Television. There you can watch everything from a trippy 1968 Christmas special with puppeteer Bill Jackson to a 1982 community college interview of columnist Mike Royko in all his gruff, chain-smoking glory.

The channel also features kids’ shows like Bozo and Garfield Goose, news reports delivered by men with woolly sideburns and wide lapels, and commercials hawking everything from Ginsu knives to KISS action figures.

It’s the kind of stuff people might have watched with one eye when it first aired, but with time it has acquired historical value, not least because it’s rare: Mike Mashon, head of the moving image section at the Library of Congress, estimates only 1% of the millions of broadcast hours generated each year has survived.

“The cultural loss is staggering,” he said.

Klein, whose basement and rented storage unit are crammed with recordings in long-faded formats — ever seen reel-to-reel videotape? — said he feels a responsibility to capture as much as he can, knowing more is lost with each passing day.

“It’s like a little portal to the past,” he said. “This is exactly what was on your TV if you turned it on at that time. We all wish we could time travel. We can’t do that, but we can save an hour or two of live television and let you feel some kind of connection.”

Q: My HP Chromebook is going to reach Auto Update Expiration in September. I use it only rarely, but I would like to be able to make online purchases with it. How dangerous is it to keep using a Chromebook that's not ...Read More

While many employers have delayed their office returns until next year, T-Mobile is pushing ahead with plans to bring workers back at least part-time before the end of October.

TALLAHASSEE, Fla. — The three-bedroom, two-bath home has a corduroy-patterned exterior, rounded corners — and a cement pour that oozed from an industrial-sized toothpaste tube. And most intriguing of all, it comes from...Read More