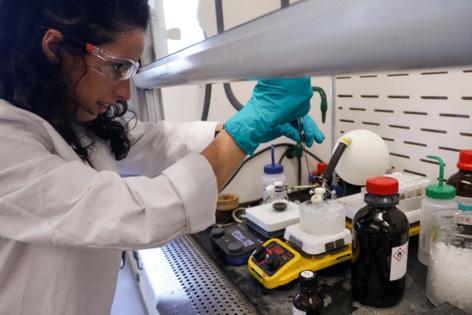 Venture capital is continuing its surge in the Pacific Northwest, as startup investment across the United States is on track to shatter records, according to a new report released this week.

The spike is driven by a rise in late-stage investment, and particularly deals that exceed $100 million, said the report produced by PitchBook, a Seattle-based financial data company, and the National Venture Capital Association.

Even the smaller deals grew larger. The median early-stage investment in Washington was $7 million in the first half of 2021, up from $6.1 million the previous year and $5.5 million in 2019, according to PitchBook.

Nationally, startup investment growth has been even more pronounced. In the United States, $150 billion was raised by ventures in the first half of 2021, already approaching the $164 billion raised in all of 2020 and exceeding the $142 billion raised in 2019.

This year's explosive growth may be attributed to pent-up demand from venture capitalists, said Michael Schutzler, CEO of the Washington Technology Industry Association. Early in the pandemic, "2020 was full of stories among founders who had [fundraising] rounds dry up as venture capitalists reserved capital for existing portfolios," he said.

"Deal activity came screaming back a lot faster than anyone would have expected," he said.

Propelling the industry has been a rise in "megadeals," or deals exceeding $100 million. Deals in this category totaled $85 billion in the first half of 2021, already exceeding $75 billion in all of 2020.

With funds glowing from venture investors flush with cash, startups are able to stay private much longer now, said Soma Somasegar, a managing director at Seattle-based Madrona Venture Group. According to PitchBook, venture funds are on track to raise more than $100 billion this year.

Right now, he said, companies "have the flexibility to say 'I'll go public when I want to go public,' as opposed to, 'I need to go public, because that's the only way I can raise lots of money.'"

Perhaps a sign of how popular venture has become: Hedge funds and mutual funds, which typically focus on investing in public companies, are now also investing in startups at record rates.

That may be a sign that the market is nearing the top of an investment cycle, and may be cause for concern, said Steven Kaplan, a professor who researches venture capital and entrepreneurial finance at The University of Chicago Booth School of Business. "In these sorts of times, tourists show up, and at some point, the tourists go home."

Kaplan said this recent surge, with technology being adopted at extraordinary rates during the pandemic, may be similar to the investment cycle during the late 1990s when companies raced to use the internet. He said venture investments did exceptionally well in 1997 and 1998, and then did poorly in 1999 and 2000, when the internet bubble burst.

During the height of the pandemic, choreographer Brian Sanders had shows canceled and unexpected chunks of time on his hands. He spent much of it playing video games.

But all the gaming gave way to productive work: a ...Read More

Learn how to reset your internet equipment before you have a problem.

I was recently speaking to a friend who said that her home internet goes down at least once per day. She wanted to know if anything could be done to ...Read More

Fashion is quickly becoming the latest trend for gaming peripheral makers. Razer found success with its apparel line coming out its ...Read More