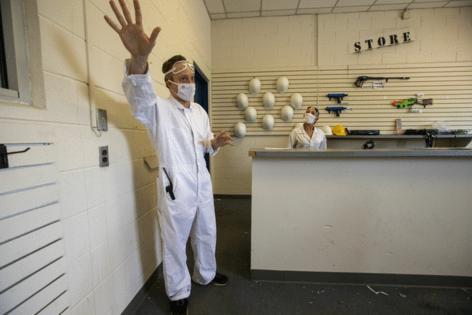 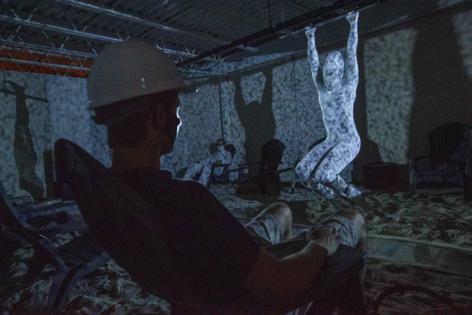 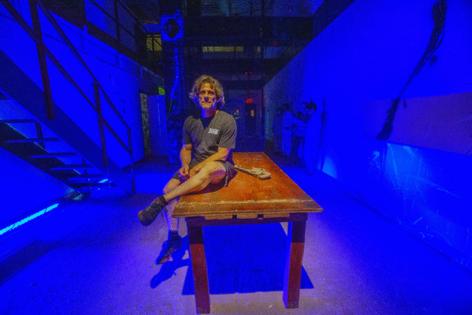 During the height of the pandemic, choreographer Brian Sanders had shows canceled and unexpected chunks of time on his hands. He spent much of it playing video games.

But all the gaming gave way to productive work: a new show for his company, JUNK, called "Dragonbutter."

“So much of my year-and-a-half was spent on the sofa with these, what I consider to be, magnificent works of art,” Sanders said of the games. “I think they’re just spectacular. And they create these little immersive worlds. I was like, ‘I want to be able to create these live. I have a great time with them on my couch alone, but how can I do this with patrons in an experience?’ "

He thought of his 2019 Halloween extravaganza, "2nd Sanctuary," which included a virtual reality tour, a walk through a labyrinth, and an escape room.

He wanted to go even further with those ideas.

“You’re using props, solving puzzles, and that kind of thing,” he said of "Dragonbutter," which is set to original music by Philadelphia composer Daniel Bacon.

"2nd Sanctuary" was set in a church — and ultimately left him looking for another home. “The program was just too scandalous for them,” he said. “[The church leaders said] we were desecrating a sacred ground.”

Instead, Sanders decided JUNK would take up temporary residence wherever the company wanted to put on a show. This time it has an 8,000-square-foot section of a Spring Garden Street warehouse. Soon to be torn down to make way for condos, the space is divided into many small rooms that once housed offices, storage rooms, and closets.

“The way that they were laid out and connected had this very ‘labyrinthical’ feel,” Sanders said. “Hence, this is a complete inspiration and an homage to video games that are literally labyrinths that we kind of wander through.”

The company moved into the warehouse a few months before the pandemic and Sanders wound up spending long stretches there by himself — a perfect set up for his imagination to run wild.

Learn how to reset your internet equipment before you have a problem.

I was recently speaking to a friend who said that her home internet goes down at least once per day. She wanted to know if anything could be done to ...Read More

Fashion is quickly becoming the latest trend for gaming peripheral makers. Razer found success with its apparel line coming out its ...Read More