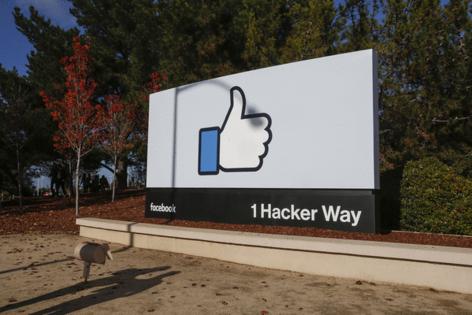 Last month, Robert Reeve, a digital tech worker from Washington, D.C., went to visit his mom in Michigan for a week. Shortly after, ads for a brand of toothpaste his mom uses—and that he also used during his stay at her house—popped up in his Twitter feed.

Outraged, Reeve posted a Twitter thread explaining how tech companies can determine whether your phone was in an unusual location, then mine nearby phones for data and use the information to send you targeted ads.

“We never talked about this brand [of toothpaste] or Googled it or anything like that,” he posted.

Reeve hit a nerve: His modest Twitter account ballooned from about 500 followers to 39,000 and his thread has earned more than 116,000 retweets.

Many Democrats are offended by tech titans’ stratospheric wealth and would like to tap the magnates’ business fortunes to help people at the bottom of the economic ladder. Many Republicans are outraged by what they perceive as social media’s anti-conservative bias, including the banning of former President Donald Trump from Twitter and Facebook. Members of both parties object to the internet companies’ invasion of privacy and monetization of personal information.

“As a conservative legislator I typically despise taxes, but with growth of social media and bias against certain viewpoints, taxation is a way we can usually get to fairness in the system,” said Arkansas state Sen. Trent Garner, in an interview. The Republican introduced a bill that would tax internet ads and use the money to fight cybercrime. “This is a direct way for Arkansas to address the needs of its citizens,” he argued.

Maryland, which has a Democratic-led legislature, was the first state to pass a law creating a digital advertising tax, approving the bill in February over Republican Gov. Larry Hogan’s veto. In Maryland’s wake, nine other states have considered similar measures.

The Internet Association, a trade organization made up of internet behemoths from Amazon to Zillow, has led a fierce lobbying effort against the bill, calling it “discriminatory.”

“This is a case of legislative overreach, punishing an industry that supports over one hundred thousand jobs in Maryland and contributes tens of billions of dollars to its economy each year,” the group said in a statement.

This week a reader emailed to ask, “Do you have step-by-step instructions for wiping an iPhone 5s prior to donating it or recycling it? My husband and I each purchased a new iPhone SE and it was a wonderful upgrade! ...Read More