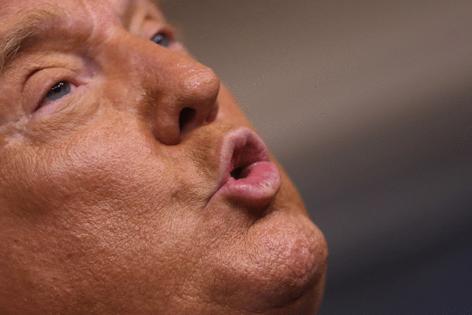 The decision by a Facebook Inc. panel to extend for up to six months former President Donald Trump’s banishment from the social media platform has renewed calls to revoke the legal shield that enabled Facebook to grow into one of the richest and most powerful companies in the world.

Minutes after the announcement, it was clear that the Facebook ruling hadn’t pleased liberals or conservatives. House Minority Leader Kevin McCarthy tweeted that Republicans would move to “rein in big tech power over our speech” if the GOP takes control of the House after the 2022 midterm elections.

“There is no back-end accountability for Facebook. There’s no fine,” said Rashad Robinson, president of Color of Change, a civil rights group. “We have to end the immunity that these platforms have.”

But legal experts and academics say that curtailing the protection known as Section 230 could result in years of litigation and bedlam for the social media industry.

Tech companies fear lawsuits will explode, operating costs will soar and free speech will suffer if they lose their legal immunity. While the long-term effect on market shares is far from certain, in the short term Facebook, Alphabet Inc.’s Google and Twitter Inc. could become even more powerful as smaller networks fold because they can’t absorb the higher costs.

For some social media users, eliminating the shield might seem like a tonic: Tech platforms would finally have to answer for their actions in court. But the prospect of large judgment awards could lead networks to clamp down hard on users’ posts, whether those are election falsehoods or #MeToo-style allegations of sex harassment.

The upshot: The free-flowing content that has led to the creation of new business models, transformed personal relationships and powered social movements could disappear, along with Section 230.“Section 230 has become this outsized influence on tech policy, said Mary Anne Franks, a professor at the University of Miami School of Law. “It’s undeniable that if it were to be repealed or significantly changed, what would happen is a major disruption to the way that platforms consider their risks and their resources.”

Congress gave internet companies Section 230, part of the 1996 Communications Decency Act, as a quid pro quo. In exchange for the freedom to referee content, they aren’t legally liable for whatever they leave up or take down.

The assaults on Section 230 are coming from the highest levels and from across the political spectrum. As a presidential candidate, Joe Biden echoed the views of many Democrats when he said he favored repealing the clause because social networks weren’t doing enough to remove hate speech, conspiracy theories and falsehoods.