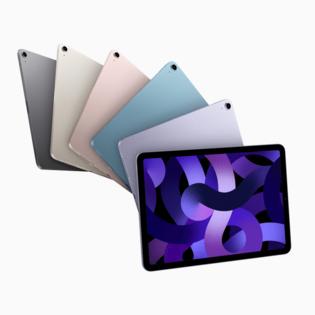 Q. I have had an iPod Nano for many years and have loved it. I teach classes where I play music from my iPod (7th Generation) with it connected to a speaker via Bluetooth. I populated the music by copying music from the many CDs I own to my Windows PC and iTunes, and then use iTunes to populate my iPod. I like having the separate iPod as then I don’t have to worry about accidentally leaving my iPhone on if I were to play music from there. As I am sure you know, the iPod has been discontinued.

What would be the best alternative to an iPod these days? Things I would like to continue to have are the ability to connect to a speaker via Bluetooth, the ability to put music from my CDs on to the device via an application like iTunes, an easy-to-use interface, for the controls to be easy to see and a reasonable amount of battery life so the device does not die on me mid-class.

A. I have received quite a few emails such as yours since Apple discontinued the iPod. The best answer for your situation would be to get an iPad since something pocket-sized is not critical when you teach classes. It will do everything you need it to do, works with the same iTunes interface as your iPod and will have an even bigger, easier-to-see display and larger icons to push on-screen.

You should also consider whether you need a separate device at all. If your Windows PC is a laptop you can connect it directly to the speaker via Bluetooth and dispense with the middleman component. You can even make playlists in iTunes (if you do not have them already) to arrange tracks and the play order for specific classes. The Apple iPad starts at $329. See the extensive iPad lineup at apple.com.

An iPad is not a pocketable solution, which is something readers have been asking about as well now that the iPod is going extinct. I am doing some research on this topic and hope to have some recommendations in a future column.

Q. A couple of months ago I purchased a few ZVOX AV357 soundbars based on your earlier recommendation. They were on sale for a great price. In your recent column I see you are recommending the ZVOX AV355 (at an even better price). Is the AV355 an improved and better product that the AV357s I bought?

A. They are both excellent products with similar performance, but go about their work differently. Both provide full-range sound and make on-screen dialogue noticeably clearer. The AV357 is noticeably taller and has a wood cabinet that is very attractive, but it cannot be wall-mounted. The AV355 has very powerful neodymium magnets so it can use small drivers to create the same amount of sound as a larger speaker. This makes for a speaker a little over 2 inches high, short enough to fit under most any television without blocking the screen. The cabinet is plastic and has provisions for wall mounting.

Q. Have you come across good earbuds for sleeping? I have searched for recommendations and read reviews and gotten overwhelmed, never purchasing anything. I finally thought to send you an email and ask if you might steer ...Read More

Tribit StormBox Blast speaker: With the holidays coming up I will be highlighting gift ideas over the next few weeks, starting with this very fine portable speaker from Tribit.

Though Tribit markets the StormBox Blast as ...Read More

Q. I have seen your columns about the AOGNY skin tightening machine and what it did for your jawline and under your chin. Have you tested any other models and how do they stack up? Do you use the AOGNY anywhere else ...Read More

Q. In a recent column you answered a question about a Hanasco toothbrush charging with different USB chargers. You said, "This scenario is pretty common with charging sources and devices that use a similar connection but ...Read More

Q. I read your recent columns about the discontinuation of the iPod with great interest, as I have quite an old model. It is a late-2000s model Nano that I once used in my car and now carry around with me. It is pretty ...Read More