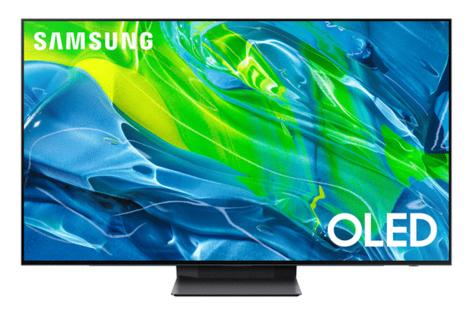 Q. We have a 2011 Insignia 720p plasma TV that has served us very well. We went with plasma for the superior off-center viewing qualities compared to the LED-LCD TVs available at the time. Over 50% of our TV watching is from a 40-45 degree angle. Given this, off-center picture quality is critically important to us and in addition, in my opinion the overall picture quality is (or shall I say was) better than other technologies. Unfortunately, the HDMI port is getting fussy and sometimes I need to wiggle the cable plug to get a clear signal. I know plasma is long gone, so here is my question. Should I get the port repaired, or have TVs of today improved their off-angle viewing to meet or exceed my old plasma? If I get a new TV, what should I buy?

A. I doubt that repairing an 11-year-old Insignia television is possible, and even if it is it is likely to be very expensive given the labor hours involved. Your old plasma TV can still be useful, though. The antenna connection will be unaffected by the unreliable HDMI port, so you can connect an antenna and use the TV to watch over-the-air broadcasts. That said, I think it is time to look for a new television.

While LED-LCD sets have improved, they still do not match plasma for off-center viewing. Plasma televisions have self-illuminating pixels where each pixel is energized to create its own light. That is the ultimate for viewing off the center axis.

The true successor to plasma television is OLED. OLED also uses self-illuminating pixels and has the best flat-panel TV picture quality on the market. Unfortunately this comes at higher prices than comparable LED-LCD televisions, and with the potential of screen burn-in. OLED seems to be even more susceptible to burn-in than plasma ever was, though it is reportedly getting better. OLED proponents say the risks are overblown, but the fact remains that the manufacturer warranties do not cover burn-in and I have seen it manifested in quite a few sets on display in stores. I know that many households spend their evening tuned in to the same news channel for hours on end, and that is just the kind of thing that can get a channel identification bug burned into your screen.

Despite the higher prices and the burn-in caveat, I think an OLED TV is the best choice for you given the importance of off-center viewing in your household. You have to spend a bit more and be careful to avoid burn-in, but you will be rewarded with a gorgeous picture, with very high sharpness, rich colors and deep, velvety blacks.

You can now get a nice OLED television from LG or Sony starting at around $1,000, which not all that long ago was an unthinkably low price for OLED technology. The off-center viewing king is the new line of Samsung QD-OLED televisions. These sets have the best viewing angles in the industry due to their special panel design, which uses quantum dots for color like their QLED sets. I have owned two Samsung plasma televisions, one that is almost 16 years old and one that is 9 years old. Both still work perfectly and look great, with nary a hint of burn-in. Hopefully Samsung OLEDs are just as exceptional. I just received a Samsung QD-OLED television to review and will report more about it soon.

Q. I’m looking for Bluetooth earphones to use with my phone and iPad. I previously bought several pairs of Helm Audio sports earphones for myself and family members, but after several years of constant wear and tear it ...Read More

Q. I read your recent article about playing iTunes music without an iPod. I am in a similar situation but want something more mobile. Would buying an iPhone SE with enough storage capacity to fit my needs be a good idea? I...Read More

Q. Unfortunately I have some damage to my auditory canal and ear drum. I have never found any earbuds or headphones that were tolerable for more than a few minutes. What is the sound quality of bone conduction headphones? ...Read More

Q. I have a pair of entry-level GoldenEar tower speakers and while I liked them initially, over time I have become dissatisfied. The tweeter has a lovely high end and great imaging, but despite a lot of experimenting with ...Read More