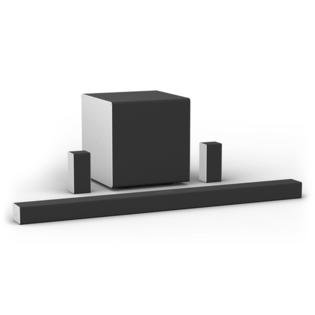 A. I have not tested this model but I think you are on to a good buy if you are looking for home theater sound in a small room. Vizio has earned a reputation for outstanding quality and value from their soundbar systems with wireless surround speakers. The Vizio M51a-H6 features wireless surround speakers and supports Dolby Atmos and DTS:X for a fully immersive home theater experience. (Please note the wireless speakers still need to be plugged in to an outlet.) Your TV is compatible with the system but you must use the HDMI-ARC connection for the full sonic experience. The only drawback is the subwoofer is small so it is best suited to a small room. Based on Vizio’s reputation and the agreeable price point I think you will be happy, and with Costco’s liberal return policies you can return it if not satisfied.

Since you mentioned Costco, I will use the opportunity to share a few tips with readers. In March 2021 carsdirect.com and a few other websites highlighted a special Costco lease offer on the Chevrolet Bolt EV (electric vehicle). The lease was only $107 per month with $107 due at signing, in the San Francisco area. The tax advantages in San Francisco, combined with the Costco rebate, had driven the payment down to an unheard-of level. The offer was $176 per month with $176 due at signing elsewhere, still a spectacular deal for a brand-new electric vehicle with over 250 miles of range. I found out about the promotion too late to take advantage of it, but purchased a Costco membership anyway in case something similar was offered again. Given the current gas prices and car market it is very unlikely anything close to it will be returning, but the $60 Costco membership paid for itself quickly in fuel purchases. I am saving 40 to 50 cents per gallon on gasoline buying it at Costco, and their gasoline has a Top Tier rating and gets rave reviews from enthusiasts (including me). And who knows, maybe another spectacular electric vehicle lease will come around again one day!

My next tip came about when I helped a reader set up the Food Party Pizza Oven I wrote about a few weeks ago. In helping her set up the oven she said she was exchanging her propane tanks rather than refilling them, and I realized that most people don’t know how bad of a deal that can be. A gas grill propane tank holds 20 pounds, but every propane exchange in my area only fills them with 15 pounds, leaving 25% of the tank empty. Where I live a tank exchange costs about $24. If I take my tank to Ace Hardware, U-Haul or another retailer offering propane refills I get a full 20 pounds of propane for $20. How would you feel if you went to the gas station and they only filled your car’s tank up to three-quarters, and then charged you 20% more than a full tank? That is the financial equation for many of these propane tank exchanges. Not only will you save money by refilling, the tank lasts longer so you'll have less trips to the propane store and less of a chance of running out when you are cooking.

Q. I read your recent article about playing iTunes music without an iPod. I am in a similar situation but want something more mobile. Would buying an iPhone SE with enough storage capacity to fit my needs be a good idea? I...Read More

Q. Unfortunately I have some damage to my auditory canal and ear drum. I have never found any earbuds or headphones that were tolerable for more than a few minutes. What is the sound quality of bone conduction headphones? ...Read More

Q. I have a pair of entry-level GoldenEar tower speakers and while I liked them initially, over time I have become dissatisfied. The tweeter has a lovely high end and great imaging, but despite a lot of experimenting with ...Read More

Q. I have quite a number of home movies recorded on VHS and VHS-C camcorder tapes. I would like to transfer them to a USB drive so I can show them on a computer and transfer them to other family members’ computers. Years...Read More

Q. I have had an iPod Nano for many years and have loved it. I teach classes where I play music from my iPod (7th Generation) with it connected to a speaker via Bluetooth. I populated the music by copying music from the ...Read More

Q. I have had an iPod Nano for many years and have loved it. I teach classes where I play music from my iPod (7th Generation) with it connected to a speaker via Bluetooth. I populated the music by copying music from the ...Read More