Fes or Fez, the Colors Remain the Same 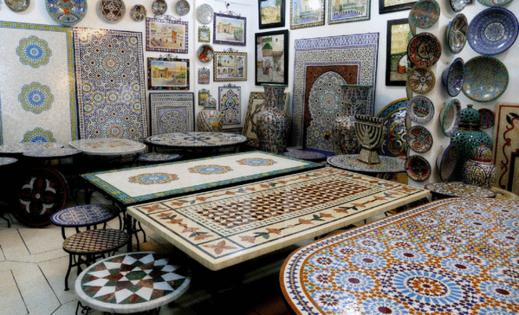 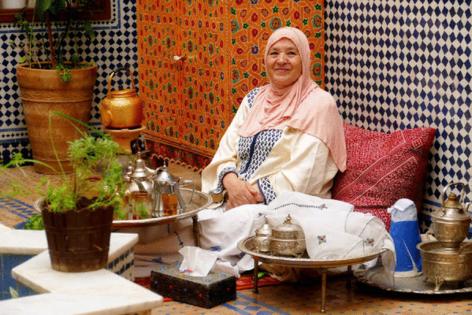 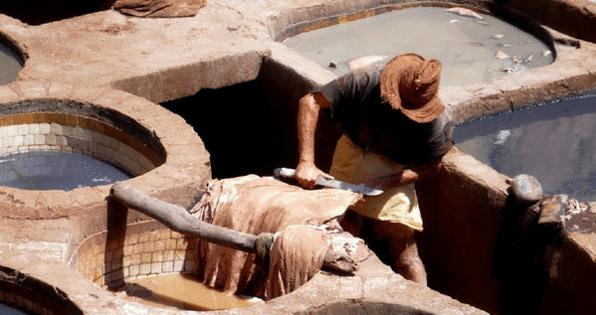 Vast parts of Morocco are covered in the sand of the Sahara and the rocks and foliage of the Atlas Mountains, but its cities are riots of color. This is especially evident in Fes, home of the famous blue pottery and a whole lot more.

And the city's history is just as rich and vibrant. This area in the north inland part of the country was originally inhabited by indigenous Berber tribes and then founded under Idrisid rule in the eighth and ninth centuries. Waves of immigrants from Tunisia and across the Strait of Gibraltar from Portugal and Spain gave the new city the distinct Arab and Moorish characteristics it maintains to this day.

Our first glimpse of the beauty that would leave such an impression on us was at a pottery factory on the outskirts of town where artisans molded, painted, glazed and fired their pieces. Then they reduced some of them to the tiny chips and tiles that made up dazzling tables, vases, plates, fountains and even menorahs. The conical clay tagines in which local food is traditionally cooked were everywhere in all sizes, designs and hues.

Not limited to diversity in colorful pottery, this is a city with great cultural diversity, too. It was once home to a large Jewish population, many of whom emigrated to Israel when that country was created. We strolled through a cemetery in the Jewish quarter and stopped for a few moments in a synagogue nearby before walking to the home of 12th-century scholar Maimonides.

The center of most of the city's activity, however, is its 540-acre Medina. The word means "old city," but it doesn't convey the massive nature of the structure that is here. Now a World Heritage Site and the world's oldest and largest pedestrian zone, this one began as one building that was then added on to by another and another and so on.

While we were here, we visited the Al Karaouine medieval theological university -- the world's oldest continually operating university, first degree-awarding educational institution and oldest school founded by a woman, Fatima al-Fihri. From there we went to a carpet store where room after room of elegant rugs beckoned to us in every color and design, a small room where a baker sitting on the floor pulled loaves of bread from his fireplace and offered us samples, a classroom where preschoolers were learning to recite the Koran and myriad shops that sold everything from souvenir trinkets and handmade couture to spices, jewelry, perfumes and food. It was an overwhelming delight to the senses.

Even a school courtyard in the Medina was covered with intricate carvings and vibrant tiles. As we continued on, we found that many of the doorways led to private homes and were invited into one for a late afternoon tea. Earlier we had visited an upscale Relais & Chateaux hotel for a gourmet lunch at Riad Fes. Through it all we had remained in this one fascinating conglomeration of structures.

In some places the Medina is segregated by type of work that is done there. Huge bright skeins of yarn alerted us that we were entering the yarn-dyers' area and the sound of a hammer banging on copper that we had reached the metalsmiths. Large floral arrangements signaled the wedding-planners' establishments. Since many Moroccans have their clothes made by hand, some shops contained nothing but floor-to-ceiling bolts of fabric and rainbows of thread.

The part we will most remember, however, is the 11th-century Chouara Tannery, one of the oldest in the world. We entered through the gift shop, where we were given sprigs of mint to hold to our noses and mouths to mitigate the smells that came from the pots of color outside. The tanning of the hides requires using animal urine and excrement, and those smells mingle with that of the decaying skins to produce an aroma that is truly unforgettable.

Because the modern name Fes comes from the Berber language at a time when it was not written, the name of the city is often expressed as Fez. The name of the brimless red tasseled hat frequently seen here is always spelled "fez." However you spell it, the city is the spiritual and educational capital of Morocco -- sometimes called the Athens of Africa for the cultural opportunities it affords. Now that we have been here, we understand why.

When we travel to places where we don't know the language we prefer to join a group, often Smithsonian Journeys because of their emphasis on learning. Other advantages are advance tickets to busy venues and guides who expertly shepherd us through places with which we are not familiar, such as the Fes Medina: www.smithsonianjourneys.org.

The stream of people who fled from Communist-controlled East Berlin during the post-World War II Cold War between the United States and the Soviet Union were seeking refuge in the West. That being ...Read More