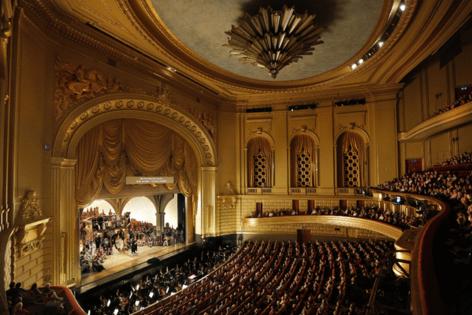 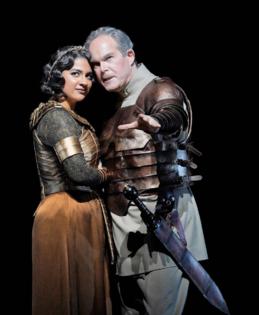 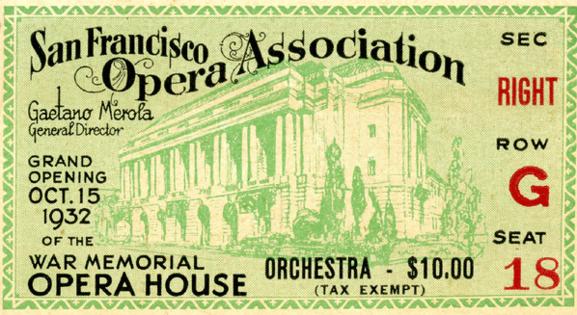 Hollywood has the Academy Awards. New York City has the Tonys. San Francisco has for more than a century had the opera. In the City by the Bay, opera stands as a cultural landmark to rival the Golden Gate Bridge, Fisherman's Wharf and North Beach.

It was Sept. 26, 1923, when the curtain rose on Giacomo Puccini's then-contemporary opera, "La Boheme," presented by the fledgling San Francisco Opera company. On Sept. 10, 2022, in celebration of the company's centennial season, the curtain rose on the world premiere of John Adams' "Antony and Cleopatra" at the War Memorial Opera House. The production starred Amina Edris and Gerald Finley as Shakespeare's star-crossed lovers of the Nile.

During a rainy-day matinee of "Antony and Cleopatra" after so many months away from the opera house due to the pandemic, the ebb and flow of Adams' score combined with the impact of Shakespeare's drama transported me completely. And ultimately, isn't this why we seek out the glory of the opera -- to be transported?

While "Antony and Cleopatra" has ended, in the months to come San Francisco Opera will present productions of Tchaikovsky's "Eugene Onegin" (through Oct. 14), Poulenc's "Dialogues of the Carmelites" (Oct. 15 through Oct. 30), Verdi's "La Traviata" (Nov. 11 through Dec. 3) and Gluck's "Orpheus and Eurydice" (Nov. 15 through Dec. 1).

After a hiatus, the summer season will begin June 3 with Puccini's "Madame Butterfly," followed by a revival of David Hockney's eye-dazzling production of Richard Strauss' rarely presented fantasy opera, "Die Frau Ohne Schatten" (The Woman Without a Shadow).

Since its creation, San Francisco Opera has presented a succession of the best singers, orchestra conductors, stage directors and designers the world has to offer. That tradition alone should provide ample incentive to include San Francisco Opera in your next visit to the city. If you need further encouragement, revisit the scene in "Pretty Woman" in which Richard Gere hosts Julia Roberts to an evening of sumptuous elegance and an abundance of tears at this opera house.

Like the Academy Awards, opening night at the San Francisco Opera has long been a red-carpet event of the first order, complete with the most lavish evening gowns, sparkling jewels that otherwise remain locked away in the vault, men in black tie, dress uniforms dripping with medals and dignitaries bedecked in ambassadorial sashes.

It's definitely grand. But the truth is, any performance at the War Memorial Opera House is special with the venue's old-fashioned plush wooden orchestra seats, gilded circle of boxes, tiers of balcony seating and the lower-level bar and dining room. The roster of it singers reads like an international who's who of opera: Joan Sutherland, Luciano Pavarotti, Placido Domingo, Marilyn Horne, Birgit Nilsson, Alfredo Kraus, Hermann Prey, Renee Fleming and so many more.

Located at the intersection of Grove Street and Van Ness Avenue, adjacent to the Civic Center, the neighborhood adjacent to the opera house bustles with energy and features a wide variety of eateries, tasting rooms, fine shops and cocktail lounges. And here is something different: If you would like to enjoy arias in the outfield, San Francisco Opera is joining forces with the San Francisco Giants for "Opera at the Ballpark" on Nov. 11, featuring a free simulcast performance of "La Traviata" splashed across the video board at Oracle Park.

There is no doubt that a night at the opera is pricey. But it's still less than prime tickets for the Rolling Stones or Lady Gaga. Rock is cool. But opera offers the opportunity to immerse yourself in the most elegant, romantic musical experience there is. What's that worth? Just watch "Pretty Woman" again and look at the smile (and the tears) on Julia Roberts' face.