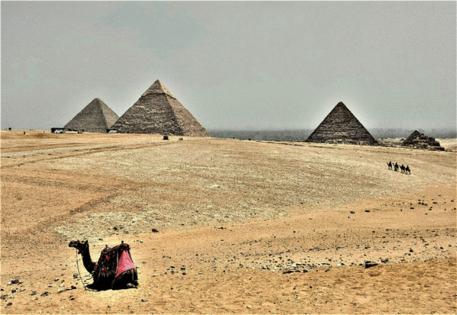 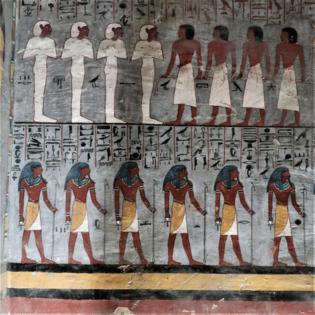 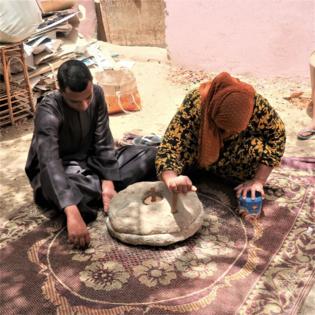 Egypt is a land of pyramids and pharaohs, a rich millennia-long history and present-day life with one foot planted firmly in the past. In ancient times, Greek and Roman explorers went there to gawk at the magnificent man-made monuments. Later, Napoleon showed up and looted treasured artifacts that were transported back to France.

Today visitors are drawn to Egypt to ooh and ah at the towering pyramids, the enigmatic Sphinx and the splendid temples that were built to honor pharaohs and other high officials. Those who take time to meet and mingle with the local people and delve into their rich and varied culture, however, add other dimensions to their experience.

During our visit on a tour with Overseas Adventure Travel, my wife, Fyllis, and I encountered a multilayered culture that accords equal respect to both the ancient past and the present. We had opportunities to speak with high school and college students, young professionals and older laborers, farmers and others, and to learn about their daily lives.

Some, especially those in the younger generations, have their eyes strongly set on the future. Others, particularly in villages outside of Cairo and other cities, in many ways continue to live as their ancestors did. Everywhere ageless traditions are being seamlessly merged with modern mores.

Religion has a strong impact on many aspects of social life in Egypt. The country has the largest Muslim population in the Arab world, and the biggest Christian (Coptic) population in North Africa and the Middle East. While the state religion is Islam, freedom of belief is embodied in the constitution. Despite that, some Christians complain that they are underrepresented in government and discriminated against in the workplace. Our observations and conversations with people suggest that for the most part Muslims, Coptic Christians and Jews coexist in tranquility.

We spent one day with a family in a typical small village, which demonstrated that while Egypt in some ways is leapfrogging toward the future, rural life continues much as it has for centuries. Subsistence farming remains the staple industry in tiny towns of modest mud-brick and concrete houses where everyone knows their neighbors and the addition of modern amenities such as television and air conditioning hasn't changed ages-old practices.

We watched women grinding seeds into flour between stones and men planting crops using tools that might have been passed down for generations. At the same time change is coming. Some fellahin (farmers) now use tractors that are available for rent, and diesel-powered irrigation pumps have replaced many ox-driven water wheels.

Change also is taking place in the attire, especially of women. While public modesty continues to be valued, we saw few women wearing a burqa, which covers the entire body and face. Many more sported a hijab cloth wrapped around their head and neck, and when asked why, they gave a variety of reasons for doing so. These ranged from religious respect to satisfying family members. I didn't have an opportunity to question one woman whose headscarf was topped by a New York Yankees baseball cap.

Visitors who take a Nile cruise soon learn that the river flows near a number of Egypt's most revered archaeological treasures. Our weeklong voyage was aboard the OAT-owned boat Nefertiti. It provided a passing parade of classic Egyptian scenes. Seated on our stateroom balcony, we waved back to villagers who greeted us as we floated by, spotted fishermen in tiny boats and admired feluccas, traditional wooden sailboats that continue to be used to ferry goods and people. We saw men sitting in the sun enjoying their morning tea and shisha (hookah) pipe and admired the graceful minarets that look over each low-rise village.