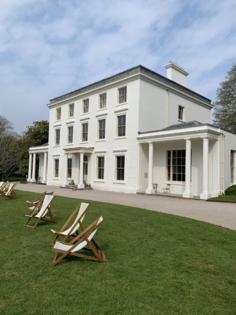 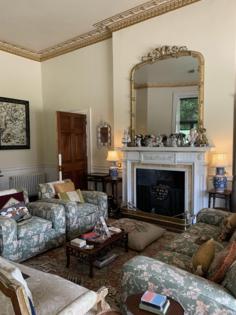 Acclaimed as the world's best-selling author, Christie spent a large part of her career writing those spellbinding mysteries at her Greenway retreat overlooking the River Dart, a few miles from Torquay, where she was born in 1890 on the south coast of England. She lived at Greenway with her second husband, prominent Middle East archeologist Max Mallowan, who was 14 years younger.

Surveying the lush gardens, views across the river and the two-story home, there is no mystery as to why they purchased the property in 1938, even as war clouds loomed on the horizon. It would have been a crime not to, especially at the bargain price offered.

"The loveliest place in the world -- it quite takes my breath away," said Christie about her writer's retreat tucked upriver from the coastal town of Dartmouth.

The couple enjoyed the estate as a summer and holiday home until their deaths, Christie in 1976 and Mallowan in 1978. Christie's daughter Rosalind (from her first marriage to Archibald Christie) and her husband, Anthony Hicks, lived here until 2004, when the 237-acre estate was given to Britain's National Trust, which embarked upon a program to conserve and catalog items in the house and on the grounds.

The Georgian-style house was built in the late 18th century. The trust opened the residence to visitors in 2009, after first opening the magnificent gardens. In season, displays of dahlias, hydrangeas and camellias line the garden walkways, where paths lead to a peach house growing fruits.

Walking the grounds, dedicated Christie readers may pick up on the fact that the estate is the locale for two of her murder mysteries. Inside, the setting today is how the house would have looked in the mid-'50s, when Christie was at the height of her career.

Entering the front door, there's a sense that the home is still occupied. A treasure-trove of family photos, art and souvenirs from global travels greets visitors. Comfy sofas and chairs beckon to sit down, although disapproving docents on hand would quickly say no.

In all there are more than 12,000 items in the collection, reflecting Mallowan's career as well, from prehistoric artifacts to mid-century paperbacks and a complete set of Christie's first-edition novels.