Take an Adventure Vacation in the Outer Banks, North Carolina 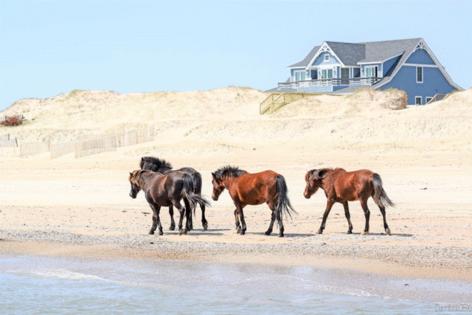 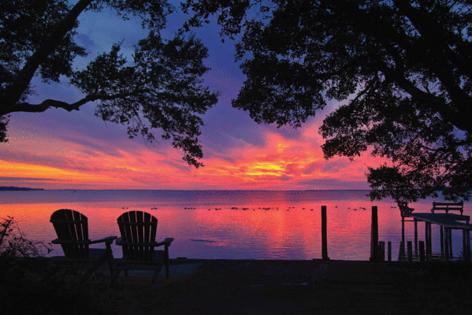 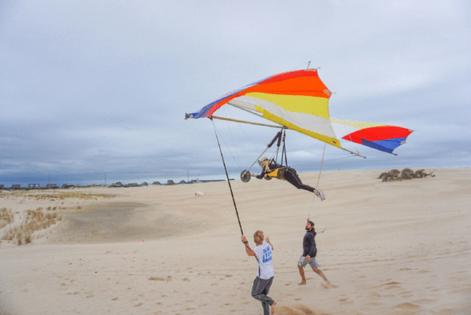 Wide, dune-bordered and breezy, the beaches at Duck, part of North Carolina's Outer Banks, proved to be just what we needed -- even if we hadn't planned to be there. Every day we walked with our toes in the ocean, keeping rhythm with the breaking waves. We collected shells, built sandcastles, flew kites and jumped through the swells with the grandkids. Plus, we discovered the best doughnuts we've ever eaten. Sweet carbs and the solace of the sea lifted our disappointment as we rediscovered Duck, a special beach town.

We came to the Outer Banks on the rebound. Two days before our departure for a multifamily trip to Barbados, my son, Kyle, came down with COVID-19. Fortunately, it was a mild case. My daughter, Ann, and her husband, Michael, not wanting to disappoint their kids or fritter away vacation days in the city, found an Airbnb rental. We packed the car and drove the 275 miles from Washington, D.C., to Duck.

North Carolina's Outer Banks, a strip of narrow barrier islands off the state's coast, stretch for 125 miles from Corolla -- home to wild horses -- to Ocracoke, known for its exceptional shelling. To the east, the Atlantic waves break against the shore; to the west, the sound's waters flow into calm coves and salt marshes.

In Duck, more low-key than boisterous, no boardwalk edges the sand. With the souvenir and pizza shops pushed onto the main street a few blocks from the water, the beach unspools as a ribbon of white sand between the grass-laced dunes and the surf. The narrow piece of land is three-quarters of a mile long and zigzags along the sound.

Unlike many other mid-Atlantic beach towns chockablock with high-rise condos and hotels, most of Duck's lodgings consist of four-to six-bedroom homes with multiple dormers and porches. One rainy afternoon we sat on our rental's screened-in veranda, reading storybooks to our 3-year-old granddaughter, Charlotte and 5-year-old grandson, James.

There's good food in Duck. Several mornings took us to Duck Donuts, where we got to play doughnut master, concocting our own made-to-order mouthfuls. We chose between a powdered sugar, cinnamon, chocolate or other coating, plus toppings such as chopped peanuts, shredded coconut, crumbled bacon (surprisingly tasty) and Oreo bits. Then we added a drizzle of hot fudge, raspberry, salted caramel and more. A tip: Preorder these popular mouthfuls the day before to avoid long waits in line.

After the warm and wonderful doughnuts, we loaded up our rental's wagon with pails, shovels, water, snacks and chairs and rolled to the beach, past the tasteful houses whose gardens bloomed with patches of purple verbena and red Indian blanket flowers to the beach.

The Outer Banks' horses, hang gliding and history add to the region's interest. As animal-lovers, we wanted to see the 100 or so wild horses that roam Corolla's beaches. The short, sturdy horses have been genetically proven to be rare colonial Spanish mustangs descended from steeds Spanish explorers brought to the New World as early as 1521. For us, there was something magical about watching these horses roam freely on the beach. The animals primarily survive on sea oats, grasses, acorns and persimmons. Although we attempted to book a four-wheel-drive safari over the sands to the stalwart herd, all tours were filled. That gives us one more reason to come back to Duck.

Trying to fly is another. Not far from where the Wright brothers first took flight, outfitters teach hang-gliding in Jockey's Ridge State Park, Nags Head. On a prior visit we strapped on a glider, ready to run down a modest hillside accompanied by a trotting instructor to catch an exhilarating six seconds of air. We watched four others in our group go airborne. But just before our turn, the rains came, scuttling our takeoff. We toured the nearby Wright Bros. National Memorial and the visitor center, which houses a replica of the Wrights' heavier-than-air powered machine, a spruce and oak frame flyer covered with cotton muslin. Because of the winds, Jockey's Ridge is a great place for kite-flying.

Sicily, the Mediterranean's largest island, lies between Italy's "boot" and North Africa, drawing millions each year to relax and sample its culture, cuisine and beaches. Many other draws await, ...Read More