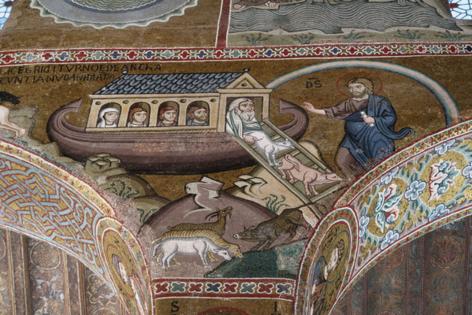 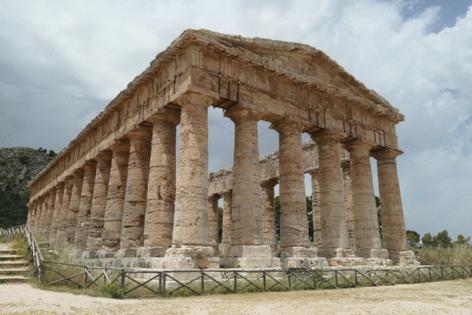 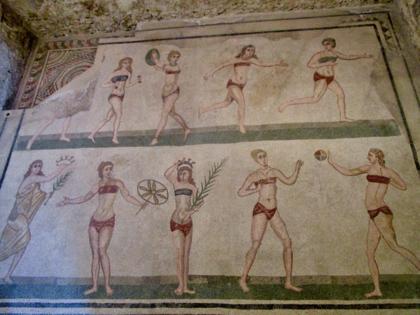 Sicily, the Mediterranean's largest island, lies between Italy's "boot" and North Africa, drawing millions each year to relax and sample its culture, cuisine and beaches. Many other draws await, too, if you're willing to make a bit more effort to appreciate and enjoy them.

Consider, for example, Villa Romana del Casale, just outside of Piazza Armerina, some 60 miles west of Catania, the nearest city with a major airport. Here a sprawling estate features a huge collection of structures whose extraordinary floor mosaics are among the world's best preserved. Throughout this prosperous, circa A.D. 400 dwelling, they depict images of life among late Roman-era potentates while offering a psychological bridge between life then and now.

Viewed from above the mosaics, an "aliveness" emanates from depictions of daily life, as well as elements of the images that dominated their literature. Scenes include fishing, hunting, acrobatics, mythical sea creatures, gymnasts in bikinis, portrayals of Ulysses and other Greek icons, animals being hunted and portraits. To see it thoroughly requires several hours and navigating many hills. All displays are outdoors but covered and are accessible via trails and walkways.

While the villa is reachable by public transportation, hiring a car and driver to reach the site makes your visit infinitely easier. While Sicily's roads are generally fine, continuous twists and turns make following a map or even a GPS a definite challenge. Here -- as at all sites -- bring plenty of water.

Roughly 62 miles west lies Agrigento, home of the world-famous Valley of the Temples. Settled by Greek colonists during the sixth century B.C., the prime draw is a collection of temples you'll explore during a 2- to 3-mile walk. Terrain along the route is relatively flat and easy to follow.

A highlight is the Temple of Concord, one of the world's best-preserved Doric structures. Its current good condition is partially due to a fourth-century conversion when it became a Christian church, a change that fortunately left the original columns still standing. Thirteen centuries later it was returned to what 1748 restorers assumed was Concord's original configuration.

This site is very popular, and admission lines often are long and understaffed. To speed your access -- and conserve your energy -- buy tickets well in advance online.

Thirty-six miles southwest is the much-less-visited Selinunte. Here components of temples lie or are partially erected. First settled in the seventh century B.C. by people from what was a Greek colony from eastern Sicily, the once-grand city is now a group of ruined temples. The most impressive is Temple C where, in 1925, 14 of its 17 columns were raised to their original configuration.