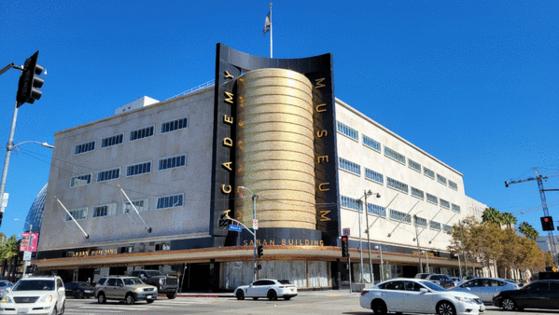 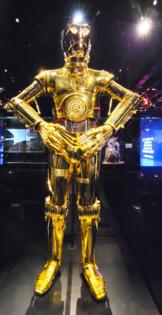 It took 92 years to get this long-wished-for project completed. But on Sept. 20 the $484 million Academy Museum of Motion Pictures opened its doors to the public, combining a wonderland's worth of memorabilia, the history of the movies and a celebration of the craft of filmmaking.

The museum occupies the landmark 1939 art deco building at the corner of Fairfax Avenue and Wilshire Boulevard that was formerly the May Company department store. The classic exterior remains, but the building's seven interior floors have been totally redesigned, reconfigured and repurposed by architect Renzo Piano. Certain to become an instant tourist attraction, the Academy Museum is situated just west of the Los Angeles County Museum of Art and the Museum of Natural History at the La Brea Tar Pits and across the street from the Petersen Automotive Museum.

Three floors are dedicated to showcasing the core collection and rotating exhibitions. The "Stories of Cinema" galleries trace the history of the motion picture from early flickering zoetropes to the latest high-tech surround viewing rooms. Here you can have a close encounter with displays dedicated to classic films such as "Citizen Kane" and "The Wizard of Oz" that include key props, production stills, costumes and posters. You will also find the model for the Aries 1B lunar lander from "2001: A Space Odyssey," the cutting-edge costume for Edward Scissorhands, the ravenous Creature headpiece by H.R. Geiger for "Alien" and C-3PO from "Star Wars" in all his gleaming glory.

Of equal importance, the Academy Museum is devoted to the craft and technology of the film industry with displays devoted to the art of animation -- from rotoscope to 3D digital. An immersive gallery shows how foley artists can build a scene with sound effects. A large gallery entirely for costume design includes a wild feather outfit worn by actor Taron Egerton when he portrayed Elton John in "Rocketman."

The art of art direction is dominated by a display of the massive floor-to-ceiling background painting of Mount Rushmore that was featured in Alfred Hitchcock's "North by Northwest." There are also galleries that explore the crafts of film editing, music scoring, makeup and cinematography, with a glimmering circular room dedicated to the history of the Oscar.

The ground floor (where you enter) contains the grand lobby, Fanny's restaurant (named for Fanny Brice) and a cinema-centric gift shop complete with books, posters, clothing and knickknacks. There's even a purse made to look like a ruby slipper.

From the sixth floor a gantry connects the main building to the 1,000-seat Geffen Theater, popularly known as the "Death Star" because of its spherical shape and glass dome. But don't let the architect hear you call it that. It's here that the museum offers a year-round series of screenings, retrospectives and in-depth discussions. Now showing (through December): the animation of Hayao Miyazaki; "Sound Off: A Celebration of Women Composers"; "You Oughta Know: The Films of Jane Campion"; and "Beyond the Icon: The Films of Anna May Wong." There's even a Saturday kids' matinee.

Rising above the theater and accessible from the seventh floor is the grand glassed-in bubble of the Dolby Family Terrace. Here visitors can enjoy a panoramic view that includes the far-off Hollywood sign.

To complete this total transformation the design required stripping the old May Company's interior spaces down to the bare bones. Then Piano, aided by a cadre of designers and curators, created the museum's labyrinth of darkened galleries that offer no visible connection to the outside world. It's just like going to the movies.

For ticket reservations and information: www.academymuseum.org

Crockett's Breakfast Camp in Gatlinburg, Tennessee, which churns out huge home-cooked breakfasts and a fascinating hillbilly history, honors the work of the dedicated frontiersman and soldier David ...Read More