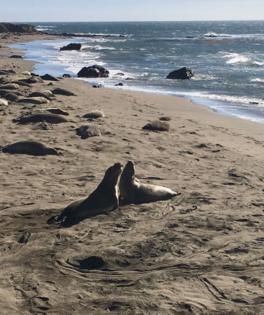 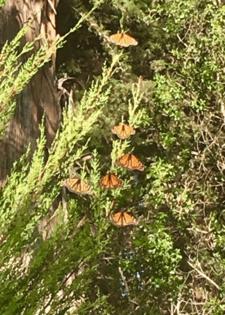 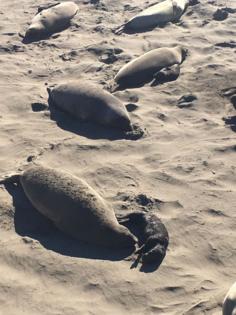 Every year sees tens of thousands of animals and birds move around the country as they head to sunnier climates and breeding grounds. In my experience, nothing is better than seeing such spectacles of nature, and if you pick the right time, you and your family should be able to witness these migrations up close.

Plan the dates ahead of time to get a front-row seat to some of the most breathtaking sights in the world. My family and I have witnessed several such migrations, and we still have several to go before we complete our bucket list.

Every year around 23,000 elephant seals gather on California's Central Coast near San Luis Obispo to mate and give birth. If you're heading to Hearst Castle and the surrounding areas, chances are you'll be able to catch sight of these huge, sluggish sea creatures. We usually stop by during the first week of January and are treated to lots of loud, strange noises and bunches of baby seals.

A few of the seals live here year-round, but between October and March their numbers swell considerably. That means you'll almost certainly catch a glimpse of them as they recline with their young on the rocky beach near San Simeon.

They gather in their hundreds at the elephant seal rookery, which is 1.5 miles south of Piedras Blancas State Marine Reserve (about 90 miles south of Monterey and five miles north of Hearst Castle).

Specified viewing areas offer good looks at these gummy, bulbous-nosed creatures as they look after their young. Docents from Friends of the Elephant Seal are usually on hand to help visitors get the most from their viewing experience. The viewing areas are open every day of the year, are wheelchair accessible and no reservations are required.

Nebraska, home to the Great Plains, sees 80% of the world's half-million sandhill cranes roost along the Platte River. Coming up from Mexico, Texas, New Mexico, Arizona and California, the cranes arrive around Valentine's Day and are gone by mid-April. They use their two-month stay to pack on weight before continuing their journey north. Cranes mate for life, so they travel as families; some eventually fly as far as Siberia.

Head to the Rowe Sanctuary, which is situated between the towns of Kearney and Grand Island and whose mission is to conserve and restore the Platte River ecosystem, focusing on cranes and other wildlife and their habitats. Starting at $35, you can join crane-sighting tours at the sanctuary along the river.

Between November and May, you can see humpback whales at the Hawaiian Islands Humpback Whale National Marine Sanctuary in Kihei, Maui. My family and I fell in love with Maui, which is beautiful and has nature in abundance. Managed by the National Oceanic and Atmospheric Administration (NOAA), which looks after the waters around the Hawaiian Islands, this picture-perfect sanctuary makes for essential shoreline viewing.

The humpback whales migrate to Hawaii to mate and give birth. The nursing mothers usually arrive first, followed by their young, then adult males, and finally the pregnant females arrive. Whales are creatures of habit and will return to the same area where they were born.