Reflection and Rebuilding in Berlin 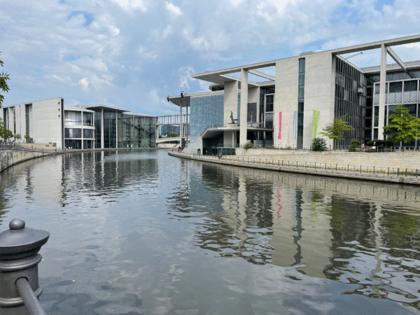 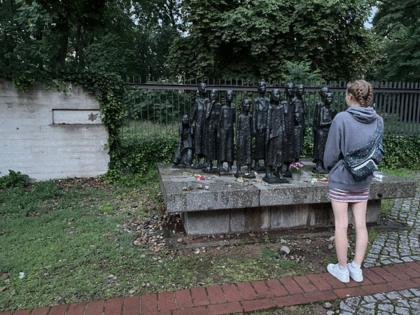 On the four-hour train ride from Frankfurt to Berlin, my daughter, the friends we had come to visit and I used our phones and the helpful Marco Polo guidebook we had purchased at the Frankfurt station to plan the two brief days we would be there. By the time we pulled into the station, we were ready to go.

After checking into our hotel, we began with a centralized overview of the city so that we could narrow down what we most wanted to explore more fully. By booking a hotel in the Spandauer Vorstadt area we were walking distance to Alexanderplatz, where the Fernsehturm, Berlin's great silver orb, towers over the city. There, we were able to get tickets to a hop-on-hop-off bus tour that provided information around many of the important sites in the city -- including a drive past some of the remaining sections of the once-divisive Berlin Wall. Feeling ready for the next day, we decided to explore around our hotel and find a bite to eat.

Spandauer Vorstadt is a neighborhood of alleyways and quaint shops. One little courtyard spills onto another, and balconies adorned with flowerpots splash color into the quiet spaces. Here we found a tasty dinner at an Asian vegan cafe.

Walking back to our hotel that evening, we came down Grosse Hamburger Strasse, where Jews, Catholics and Protestants lived peacefully for a time after World War I. Unfortunately, during World War II this street became home to an SS headquarters where 56,000 Berlin Jews were deported to concentration camps. A moving statue of haunted figures gathered for deportation is touchingly adorned with fresh flowers and rocks that memorialize those victims.

Continuing our walk, we became aware of little brass blocks that were nestled into the cobblestone sidewalks in front of homes along the way. Each had a person's name, birth date, deportation date and the name of the concentration camp to which they were sent. Most also included the word Ermordet: murdered. Our German friends explained that these are called stolpersteine, which translates to tripping stones. These blocks dot neighborhoods across Germany to "trip up" daily life and cause those who find them to pause and remember the victims they honor. It was incredibly moving to find them on almost every neighborhood path we walked.

After breakfast the next morning, we walked along the Spree, where riverboats moved freely. Along the way we found another memorial, this time to the deported children whose parents realized the danger they were in and sent them out of Germany to unknown fates in England. The children who rode the trains, called Kindertransports, continued to call themselves Kinders even into old age. Other memorials at train stations mark the routes taken by the children on their way to freedom.

Parliament buildings at a bend in the Spree give way to the Reichstag with its giant glass dome that symbolizes transparency of government. The building is open to the public by appointment, for free, to take in the view of Berlin, but we had to pass -- this time.

We continued through a shaded promenade toward the Brandenburg Gate and came upon a quiet garden memorial to the Roma people, then called Gypsies, from various European heritages who were also persecuted in the war. In stones around a reflecting pond are scattered names of the concentration camps where these people lost their lives.

"There are memorials in Berlin to all of the groups who died at the hands of the Nazis," our German friend told me. "Gypsies, gays, Jews, disabled people -- the list is long."