'Field of Light at Sensorio' Illuminates the Hills of Paso Robles 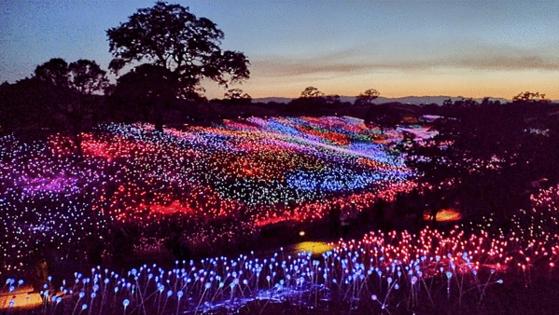 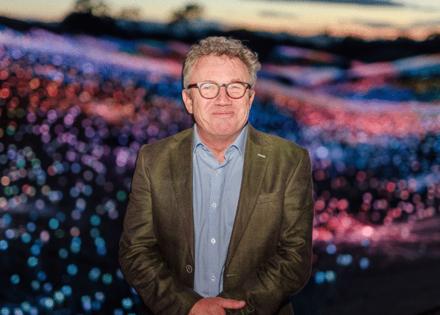 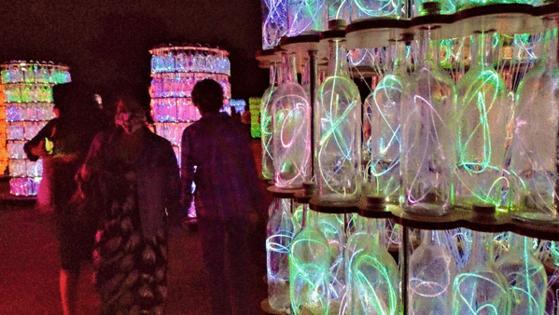 You can look at the pictures. You can read 1,000 words. But the only way to really experience British artist Bruce Monro's installation, "Field of Light at Sensorio," is to be there for yourself. The best time is sunset, when 58,800 solar-powered long-stem fiber-optic orbs come to life, creating a Dorothy-in-Oz wonderland of shifting patterns and colors across 15 acres of rolling hillside east of Paso Robles, California.

It was the desire of Bobbi and Ken Hunter (owners of the land) that led to the creation of "Sensorio." They wanted to commission an artistic installation that, in their words, could be "restorative, natural and transcendent." Fulfilling that goal, however, proved elusive until they traveled to Australia to experience the "Field of Light" Monro created at the foot of Uluru (formerly Ayres Rock). As they walked amid the lights, they realized Monro was the artist for whom they had been searching.

"Field of Light at Sensorio" debuted in 2019 to great acclaim. Now the installation is enjoying an encore performance with tickets available through Sept. 30. In addition, Monro has created a second installation -- the 69 "Light Towers." Each 7 feet tall, the towers incorporate 17,388 clear wine bottles, each filled with color-shifting fiber-optic filaments. But unlike the silent experience that is the "Field of Light," Monro's labyrinth of glowing towers is accompanied by softly chanted choral music in a fantasy language, specifically composed for the environment by Orlando Gough.

Even though I'd seen pictures and read about Monro's work, I was not prepared for the visual impact of the real thing, even amid the large group that had gathered on a weekend. As the sun slowly set, the lights gradually came on and stars appeared in the night sky, "Sensorio" cast its spell of artistic transcendence as a shared communal experience.

Monro, who was born in London in 1959, has focused his artistic career on large, immersive installations based on the glowing and reflective properties of light. His playful landscape "Angel of Light" features 600,000 symmetrically arranged (otherwise discarded) CDs. He installed a "Shower of Light" that rained down from the vaulted ceiling of Salisbury Cathedral. He first evolved the fiber-optic technology behind the light fields in 2004, and it is this technology that has climaxed in scale with the creation of "Sensorio."

As Monro writes in the exhibition catalog, "I discovered light as a medium first in my professional career, outside of fine art. I had studied painting during my school and degree education in Britain, but I needed to earn a living and found myself in Australia, manufacturing display signs using glowing ultraviolet plastic whose properties I loved. At first the light things I was making were really lighting design. Then in my early 40s, I began making things that were more personal."

According to Paul Haught, executive director at SensorioPaso, it took a cadre of 200 volunteers six weeks to install the more that 58,000 lights that make up the light field. The lights are arrayed in pods of 50 and connected to a solar panel. In previous exhibits Monro created light towers that incorporated glowing bottles filled with water. For Paso Robles, the suggestion was made that he use wine bottles as a nod to the region's more than 300 vineyards.

The experience begins when you purchase an advance, time-specific ticket. VIP tickets are also available that give you preferential line admission, arrival time flexibility, and access to a special viewing terrace with tables, fire pits and a trailer where you can buy beer, wine and food platters. The terrace is the perfect place to sit and sip as the sunset fades and the lights come on. Then it's time to stroll through the installation at your leisure, pausing as much as you wish to experience the shifting colors from various points of view. At the far end of the valley a sign will direct you to the light towers.

By current count there are more than 300 wineries in and around Paso Robles, California. Some, like Austin Hope, can trace their roots back to the 1970s winemaking renaissance in Napa and Sonoma. But others (the young ...Read More

Wine-tasting has traditionally been for adults only; however, with the demand for outdoor activities currently much higher, a few California wineries are now opening their doors to families, with ...Read More

"You want me to get on that and go down to where?" I wailed from high atop the Alberta Falls waterslide, looking down to an alleged pool that was well out of visual range. My 11-year-old ...Read More

Yachts are the epitome of wealth, status and privilege. But now yachts of all sorts and sizes are more accessible for everyone to enjoy. Your next celebration might easily include a travel adventure...Read More

The last 18 miles of the road leading to the Monteverde Cloud Forest in Costa Rica, full of ruts and potholes by design, takes more than an hour and a half to navigate, and the locals like it that...Read More

It's an early Sunday morning in Temecula, California. The sun is high enough now to burn away the low-hanging mist that slides in from the ocean to reveal a Tuscanlike landscape of softly rolling hills, castlelike wineries...Read More