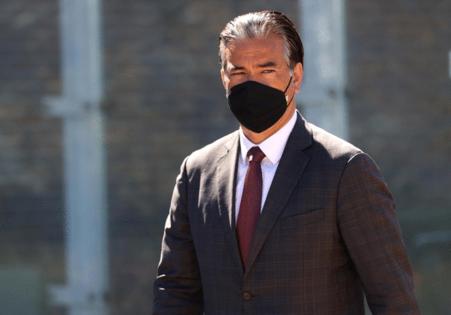 California is banning state-funded travel to four states that passed laws this year prohibiting transgender women and girls from competing in school sports according to their gender identities.

State agencies will no longer pay for travel to Arizona, Indiana, Louisiana or Utah, according to a Thursday announcement by California Attorney General Rob Bonta. The bans begin when each of the state laws takes effect, between July 1 and Sept. 28.

“There is a coordinated, ongoing attack on transgender rights happening right now all across the country,” Bonta said in a statement.

The new bans mean California won’t pay for travel to 22 states, most of which are controlled by Republicans. The attorney general maintains a list under Assembly Bill 1887, a 2016 law that targets discrimination against gay, lesbian, bisexual and transgender people. State agencies are tasked with enforcing the law.

Other states have been banned after passing measures that designate which bathrooms transgender people can use, allow doctors to deny medical care on religious grounds and restrict LGBTQ rights in other ways.

The four newly-added states all bar transgender women and girls from interscholastic sports consistent with their gender identities, according to Bonta’s statement. Arizona’s law also blocks their participation in intramural sports, and Louisiana prohibits competition in intercollegiate sports.

In Indiana and Utah, legislatures overrode governors’ vetoes to pass the sports restrictions. Louisiana’s law went unsigned by the governor, according to Bonta’s release.

The California law has exemptions for serious government business, such as law enforcement, tax collection, and traveling to training events that are a condition of grants.

The University of California and California State University told The Sacramento Bee last year that their sports teams may still travel to states on the banned list, so long as the teams use money from donors and other sources that aren’t taxpayer dollars, tuition or revenues from fees.

People across the U.S. are expected to fly in the highest numbers since the start of the COVID-19 pandemic for the July 4 holiday weekend, stressing a beleaguered transportation system experiencing tens of thousands of ...Read More

Despite soaring gas prices and the threat of delayed or canceled flights, experts are predicting travelers will be out this holiday weekend at levels not seen since before the pandemic, and in some cases, at record highs. ...Read More