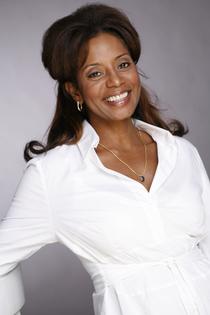 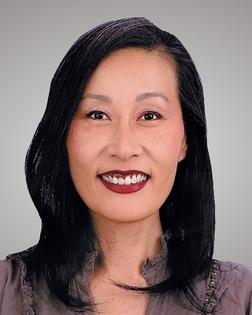 Author, actress and activist Donzaleigh Abernathy’s latest project is inspired by her godfather Martin Luther King Jr. She’s the lead singer on “The Listening,” a choral project that’s a nod to Dr. King’s 1967 “Beyond Vietnam” speech. “My father (Rev. Ralph Abernathy) was with Uncle Martin that day at Riverside Church (in New York),” said Abernathy, who is based out of California. “After serving during World War II where all of the men in his company had been killed, except my father and another soldier named Benny, my father decided to dedicate his life to nonviolence.”

Q: What are some of your memories of Dr. King?

A: I will always cherish Uncle Martin’s laughter and love. He used to let us crawl up on his lap and hug and kiss him. I remember living in their home when my parents went around the world on a peace mission and him sitting at the head of the table for breakfast and dinner. I can still see him walking down the hallway in their home carrying his briefcase. Like my father, he was incredibly gentle and always loving. The world outside our homes was dangerous for them, so they made an extra special effort to make the time that we shared with them at home special. Uncle Martin and my father never yelled at us. Never. They always spoke kindly to us as children when they needed to explain something.

Q: Can you share some of your memories traveling together?

A: When I was young, we spent our family vacations together, so we traveled to the New York World’s Fair and to Los Angeles for our summer vacation. At the world’s fair, I believe he was recognized. When we flew, my parents and Uncle Martin and Aunt Coretta would take separate airplanes in case there was an accident, so that one parent would always survive to take care of the family. After our Sunday dinner together, we would go to the airport to see my father and Uncle Martin off. They were bombarded by members of the press. Black and white people would walk up to them to say, “Thank you for speaking out against racial injustice.” Of course, there were also incidents of insults, which I personally witnessed and experienced when we went to march for fair housing and integrated neighborhoods in Chicago.

Q: How did segregation affect your travels?

A: I remember taking the segregated train in one of my best Sunday dresses with my sister and our father from Montgomery to Atlanta to see our best friend, Yolanda King, who had moved with her parents to Atlanta. I remember the train ride, the dirty “colored only” bathroom and Uncle Martin and Yolanda picking us up at the beautiful old train station in Atlanta, which has been torn down.

Q: This pandemic has made everyone think differently about how we spend our free time. How have you been handling it?

A: Most of my closest friends are doctors who have been on the front line of this pandemic, so I heard about the dangers from day one. I have been wearing two masks, gloves and always hand sanitizing after touching anything since (the beginning). I have not traveled. My husband and I have stayed home, but we enjoy long, socially distant walks every day with our dog. We take different routes usually to entertain ourselves and to get a good workout. But our dog is little, so most days after several miles, he has to be carried, which adds to our exercise.

“I was actually planning to live in Paris for a month, something that I’ve always wanted to do as a sort of ‘Eat Pray Love’ era for myself, before settling down with a family,” said Megan Batoon, one of the three...Read More

In her memoir “Wake Me When You Leave: Love and Encouragement via Dreams from the Other Side” (Llewellyn Publications, $16.99), “Clueless” actress Elisa Donovan writes about how she overcame a series of events that...Read More

After living in Los Angeles for most of her life, musician Maia Sharp moved to Nashville, where she settled in with the city’s songwriting community. She has collaborated with a diverse range of artists (Bonnie Raitt, ...Read More

Actress and singer Jadah Marie will turn 16 years old later this spring, but she’s already got a loyal contingent of fans, due to her work with filmmaker and choreographer Kenny Ortega in “Descendants 3” and Netflix�...Read More

One of Joe Seo’s goals as an actor has been to portray well-rounded characters that aren’t Asian stereotypes. Born and raised in California, Seo said one of the reasons he loves his role as Kyler – the school bully ...Read More