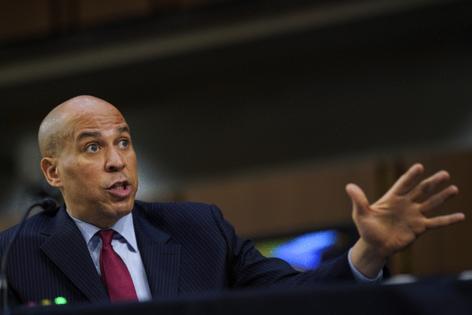 The Biden administration’s conference on hunger on Sept. 28 is expected to draw attention to how the industry markets its product, potentially opening up a new debate about the clarity of the nutrition information that consumers are given and the possibility of new federal requirements about contents and labeling.

The one-day conference already looks like a more modest project than its predecessor, a three-day conference that President Richard Nixon called in 1969 that resulted in about 1,800 recommendations and completion of about 90 percent of them within two years. The administration’s agenda for Sept. 28 so far includes few details.

“I would hope that the White House is also seeing us as partners because we’re a big part of the solution,” Gallo said. “First and foremost, the food industry has changed dramatically since the last conference. There are more players in the market. It is more international in nature. Consumer demand is different than the last time the White House held a conference.”

But the nature of the problem has also changed. In 1969, the conference focused on hunger and malnutrition and was preceded by prominent lawmakers and media reports drawing attention to severe malnutrition in poor communities. The 2022 conference is expected to be more nuanced, examining the health consequences of diets and the climate effect of food production and distribution.

The food industry is at the center of a system in which diets are closely linked to widespread obesity, diabetes, heart disease and other problems despite efforts to improve them with healthier ingredients, smaller snack and beverage servings, and packaging based on calorie counts.

Sen. Cory Booker, D-N.J., who co-sponsored the bipartisan legislation to authorize and fund the conference, is wary of the food industry’s efforts. In a Sept. 2 letter to Domestic Policy Director Susan Rice, Booker raised concerns about packaging labels and disclosure of added sugar, high levels of saturated fat, salt or sodium in what he called ultra-processed foods.

Booker said the current voluntary front-of-package labeling approach isn’t enough and called for the Food and Drug Administration to set mandatory targets to reduce excessive salt and added sweeteners such as sugar to reduce diet-related diseases.

The Centers for Disease Control and Prevention says 47 percent of U.S. adults 18 and older have hypertension, and 20 percent of people ages 2 to 19 and 42 percent of adults have obesity that can put them at risk of heart disease, Type 2 diabetes and some cancers. Heart disease was the leading cause of death in 2020, and diabetes was eighth, according to the CDC.

The White House has included food industry groups along with academics, food policy experts and anti-hunger, nutrition and health organizations in its request for views and ideas to address hunger, reduce diet-related diseases such as diabetes and improve access to nutritious foods for people at all income levels.

Various trade associations that submitted recommendations and comments to the administration for the conference say companies have made progress in areas that sparked battles with Congress in the past over nutrition labeling and marketing limits on snacks for young children.

The Consumer Brands Association’s recommendations say front-of-package information should remain voluntary. More detailed information, which is mandatory, is typically on the back of all domestic and imported packaged foods.

“We really think voluntary front-of-pack is a great way for consumers to make those important choices for themselves, and we’ve made significant investments as an industry on things such as SmartLabels or Facts up Front [labeling],” Gallo said.

A SmartLabel is an embedded barcode, QR code, radio identification frequency tags or other markers that can be read by smartphones, computers and telephones.

Booker doesn’t think the information that goes on the front of the package should be left to the discretion of the food industry.

“Front-of-package labeling — such as warning labels or stoplights that signal to consumers if the food product is too high in salt, added sugar, or saturated fat — can promote more equitable access to nutrition information, encourage companies to reformulate their products to be healthier, and encourage healthier diets,” he wrote to Rice.

Peter G. Lurie, president of the Center for Science in the Public Interest, said he isn’t surprised that the industry would favor fewer mandates.

“There’s plenty that the industry could agree to do voluntarily, but in those situations where they don’t or haven’t made an adequate contribution, it is appropriate for the government to step in and force their hand,” Lurie said.

The food industry offers more healthy food options than in the past, but Lurie said there are also products marketed as healthier choices that are not. He said many vegetable chips are mostly starch dusted with dried vegetable powder. And he noted industry resistance to tougher government limits on sodium or other ingredients linked to diet-related health issues.

Like Booker, he said the industry’s voluntary front-of-package labeling does not provide consumers enough information to know whether a product is nutritionally harmful. Lurie is a former associate FDA commissioner for public health strategy and analysis.

“What we’re interested in is not only moving information up front. We’re also interested in having that information interpreted,” Lurie said, adding that symbols or other distinctive markings should serve as warning signs.

The FDA issued guidance on front-of-package labeling in 2009 but hasn’t issued rules as it continues to research the issue. The agency has said highlighting some nutritional information on the front could make it less likely that consumers will read the more complete nutrition facts typically located elsewhere on a package.

Lurie’s organization, along with the Association of SNAP Nutrition Education Administrators and the Association of State Public Health Nutritionists, filed a citizen petition to the FDA in August urging the agency to mandate front-of-package labeling that includes the level of added sugars, salt and saturated fats per serving.

In a closely divided Congress that looks likely to stay that way after the midterms, lawmakers are also likely to have a big influence on the implementation of any hunger conference recommendations. Those that require legislation may not find majorities; those that involve executive action could invite hearings and sharp questions for the agency officials.

Senate Agriculture ranking member John Boozman, who co-chairs the Senate Hunger Caucus, said he wishes the administration had done more outreach to lawmakers or to their staffs.

“I don’t know what they are trying to accomplish, so we’ll just have to wait and see once it’s out there,” said Boozman, R-Ark., who also said he doesn’t object to the conference. He said some of the expected recommendations may be more than lawmakers can support.

“I think that is always the case. Stakeholders always want their share plus some,” Boozman said.

The National Confectioners Association, makers of candy and other snacks, said in its recommendations to the White House that the industry’s voluntary approach to front-of-package labeling is providing consumers more information about the treats they eat.

John H. Downs Jr., president and CEO of the confectioners’ group, said in the comments sent to the Biden administration that his industry is part of a coalition focused on appropriate food portions.

“Emphasis on portion control allows consumers the ability to enjoy the foods they love as part of a balanced lifestyle, and the work that we’ve done together with our partners in the coalition will continue to have an impact on consumers’ understanding of appropriate portion sizes for our products,” Downs said. The industry packages portions by calorie count.

The Food Marketing Institute, which represents food retailers and wholesalers, proposes that the federal government build a closer working relationship with the private sector to provide consumers more nutrition education.

“When it comes to fostering consumer understanding, the food retail industry provides a unique opportunity for registered dietician nutritionists and pharmacists to address gaps in healthcare equity, improve public health, and meet consumer demands for health and well-being services,” the Food Marketing Institute said in its comments. The grocers group said the government should view store-registered dietitian nutritionists as assets because they “meet consumers where they are on a regular basis to positively impact food purchasing decisions, both online and in-store.”

The dietitians provide a range of services depending on the store or grocery chain. They may do in-store cooking demonstrations, work one on one with consumers whose health insurance covers nutritional services, or oversee in-store marketing or promotions for healthy foods.

Adding pumpkin purée is one of the easiest ways to take classic pancakes up a notch. It adds a lovely, autumnal orange hue and keeps the pancakes very moist. And complementing its flavor with brown sugar and warm spices ...Read More