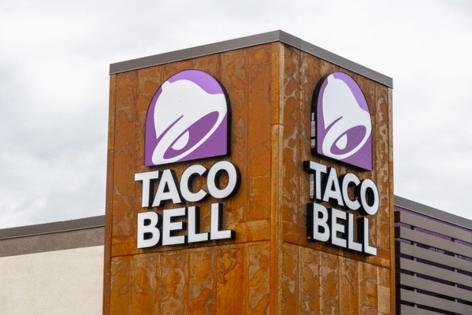 Taco Bell is partnering with a New York company on a new dessert that it’s testing at two locations in Southern California.

It’s called the Strawberry Bell Truffle and it’s a collaboration with Milk Bar, a chain of bakeries that specializes in truffles.

In a news release, Taco Bell describes the truffle as featuring vanilla cake with strawberry pieces soaked in strawberry milk. It has a sweet corn fudge center and a coating that includes taco shell crumbs.

The dessert will be available at an Orange County Taco Bell 14042 Red Hill Ave., Tustin, and at Milk Bar’s Los Angeles location, 7150 Melrose Ave., until Aug. 16 or as long as supplies last.

The Strawberry Bell Truffle will also be sold at one Milk Bar location in New York City, 196 Broadway at 29th Street.

The news comes shortly after Klondike discontinued the Choco Taco, an ice cream treat that was sold at Taco Bell restaurants from the 1980s until 2015.

Taco Bell also made news this week by announcing the upcoming return of its popular Mexican Pizza.