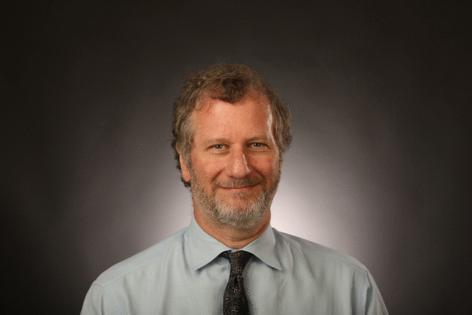 And now the end is near, and so I face the final curtain.

After more than eight years in the best job a fellow could ever have, I am stepping away from my position as food writer for the Post-Dispatch. Let the wailing and the lamentations begin.

And then let them stop. I am going, but I am not going far. I figure it to be about 40 feet, more or less. If I lean forward in my chair, I can see where my new desk will be.

Because I’ll still be working for the Post-Dispatch, I feel a little funny about writing a farewell column. Farewell columns are for people who are actually leaving. They are self-indulgent, but they help take the sting away from leaving friends, colleagues and readers.

Besides, farewell columns annoy me. They are rote, clichéd and predictable.

They invariably begin with the announcement of a retirement or the acceptance of a new position. Then they move to a public thanking of editors who have been so helpful and supportive throughout the writer’s stay at the paper (that means you, Amy Bertrand). And then they move on to a private joke shared with a colleague that the readers neither know nor care about (am I right, Val? Cheese sticks forever!).

And finally, inevitably, they end with the same trite sentiment: “But most of all, I’m going to miss you, the readers. You have all made this journey so fulfilling to me.”

There is but one acceptable exception. Fans of the 1953 Audrey Hepburn/Gregory Peck movie “Roman Holiday” can also say, “I will cherish my visit here in memory as long as I live.”

But I’m not going to write that kind of farewell column. I would rather present a collection of observations and impressions from my career as a food writer:

— If you have trouble making friends, try telling your neighbors and colleagues that you are a food writer. Then periodically bring them homemade baked goods or entrées, and tell them that are leftovers from a story that you wrote. It worked for me.

— Do you want to know what I won’t miss? I won’t miss Thanksgiving. I have been a food writer here and elsewhere for 12 years. That means I have written about Thanksgiving 12 times.

But there are only a very limited number of things you can write about for Thanksgiving: basically just turkey, side dishes and desserts. I ran out of fresh ideas for Thanksgiving about nine years ago.

— If you have a dinner party, serve homemade flatbread as an appetizer or as a bread with the meal. Spread butter on top when it comes out of the oven, and sprinkle it with Maldon salt or fleur de sel.

I got this idea from Katie’s Pizza and Pasta Osteria, which serves its baked pizza crust for its bread service. We had a couple of friends over for dinner recently, and the flatbread — no toppings, just the bread itself — was the hit of the meal.

— “Cheese sticks forever!” is not an actual private joke I have with anyone. I couldn’t think of a real private joke. That’s kind of sad.

— As much as I’m going to miss writing about food, my waistline is already rejoicing. Beginning with Halloween and ending after the new year, I typically put on 12 to 15 pounds, mostly from the cooking I do for my stories. Then I spend the next 10 months trying to take it off.

— Homemade food really is better than store-bought in nearly every case. And whoever you are cooking for will appreciate it. If you cook only for yourself, think of it as a treat. You deserve it.

That’s it. That’s 12 years of collected food-writing wisdom. I’m going to miss writing about it.

But most of all, I’m going to miss you, the readers. You have all made this journey so fulfilling to me. I will cherish my visit here in memory as long as I live.

See you in the business section.