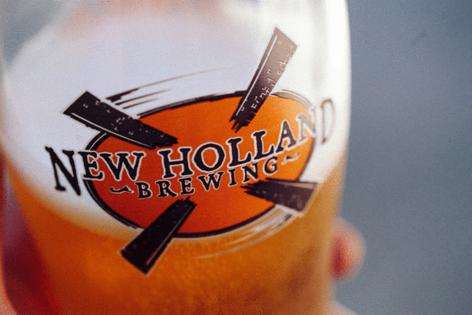 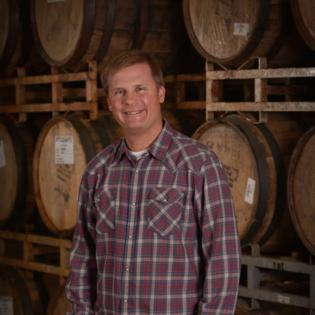 DETROIT — Once Bell's Brewery's sale to Australasian beer company Lion becomes official, there will be a new largest independent craft brewer in Michigan.

Started in 1997 by childhood friends Brett VanderKamp and Jason Spaulding, New Holland Brewing Co. evolved from a passion for home brewing with old kegs, thermos coolers, pulleys and platforms and established itself a Michigan craft beer powerhouse. It owns two restaurants — the Pub on 8th in Holland and the Knickerbocker in downtown Grand Rapids — plus a spirits tasting room in Saugatuck and two brick-and-mortar stores.

Though Spaulding has since moved on to open Brewery Vivant in Grand Rapids with his wife, Kris, VanderKamp has stayed at New Holland as CEO. He takes pride in its status as an independent brewer.

"It means a lot," VanderKamp, 49, told the Free Press. "When you're a founder-led company, you can make those decisions for the longer term as opposed to looking at just this year's budget. And I think that's what being independent is all about, is investing in the long-term and where you want to take your organization long-term."

That said, he understands Larry Bell's decision to sell Bell's Brewery after 38 years of running the company. Bell had been dealing with health issues the past few years and, without the option of keeping the business in the family for future generations, he had to make a difficult decision.

"Outside Sierra Nevada, Bell's was my first experience with craft beer," VanderKamp said. "We made trips down there when we started our brewery (in 1997). We knew the brewers very well. It was a big inspiration for us when we were starting out. I give Larry a lot of credit for being a pioneer in that.

"I'm happy for Larry and the Bell's family. I know he's gone through a lot and this was a decision that I'm sure wasn't easy for him, but I'm happy for him."

New Holland has quite a few year-round and seasonal staples, including the Mad Hatter IPA (7% ABV), the Poet oatmeal stout (5.8%) and Ichabod pumpkin ale (4.5%). But it's perhaps best known for Dragon's Milk, first produced in 2001. It has since become one of the most recognizable barrel-aged stouts in America, so much so that New Holland elevated Dragon's Milk into its own brand in 2018. It even has its own website, dragonsmilk.com.

"That was really the brand itself taking off and becoming something else," VanderKamp said. "When we would talk to people around the country, they may have not heard of New Holland, but they have heard of Dragon's Milk. I love that beer."

The original Dragon's Milk (11% ABV), one of the few barrel-aged stouts available year-round, is brewed with roasted malts that deliver deep chocolate and coffee notes. It rests in bourbon barrels for three months to add undertones of vanilla, oak and a boozy, bourbon heat. Throughout the year, New Holland releases a handful of variants as part of the Dragon's Milk Reserve series; one such variant, with marshmallow and dark chocolate, made the list of top 10 beers I tasted in 2020. Another released this year, salted caramel Dragon's Milk, is delightfully sweet with soft, creamy caramel notes.

New Holland has made a number of other savvy business moves over the past several years to elevate itself while staying independent.

In 2016, it struck a deal with Pabst Brewing Co. to distribute its beer nationwide, allowing customers to buy New Holland beers in 47 states (though 40% of its overall sales take place in Michigan). It debuted a refreshed logo and rebranded its non-Dragon's Milk beer in 2020. It also has a line of spirits that it launched in 2005 as an alternative for those who don't drink beer. Earlier this year, it even tried its hand at bourbon barrel seltzer.

"(The Pabst deal) helped us grow and remain independent," VanderKamp said. "What it allowed for us was to keep control of our brands, our marketing, our space, our pubs, and to continue to focus on other alcoholic beverages we love, including spirits, hard seltzer, etc. It afforded us all that and to continue to grow on a national level."

That growth also helped New Holland better weather the COVID-19 pandemic, which has led to the shutdown of indoor dining twice since March 2020 and forced many Michigan breweries to adjust their distribution strategies for their beer, leading to the emergence of curbside pickup and tougher competition on store shelves (the only other place they could sell their beer). VanderKamp said New Holland is "stabilizing," though not quite back to pre-COVID numbers.

The key for New Holland, VanderKamp indicated, is maintaining independence — and, as with many independent craft breweries, staying dedicated to community. Holland is home to four other breweries: Our Brewing Company, next door to New Holland's Pub on 8th, as well as Big Lake Brewing, Tulip City Brewstillery and Brewery 4 Two 4. VanderKamp said it's a close-knit beer community where breweries help one another out.

"There's so much energy that's coming into the craft beer space," VanderKamp said. "You can get into it for so much less money than, say, 25 years ago. You can start with hardly any cash, work hard, find space, open your doors and have a built-in customer base if your beer is decent.

"I'm super excited for folks and the energy coming into the industry."