My Pet World: Shy cat needs time to build trust in her surroundings 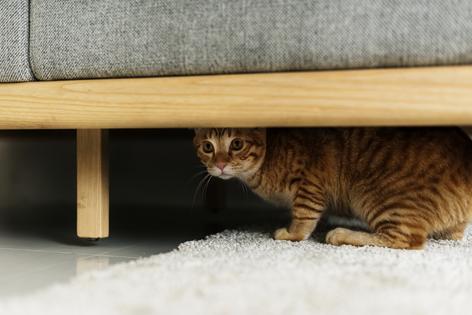 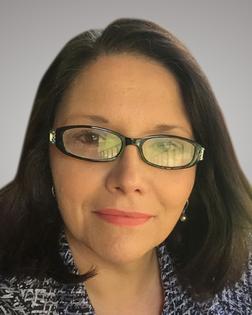 Nine months ago, we adopted a 2-1/2 year old cat. She was a stray, so we don’t know her background. She still won’t let us pick her up but loves cuddling, snuggling in bed and being petted.

My issue is twofold. Whenever a stranger visits, she hides under the bed and won’t come out until they’re gone. No coaxing, treats or toys will bring her out. We would love for her to become less afraid.

My second issue is that we’re going on an eight-night cruise and will be gone for nine days. Our housekeeper will feed her and clean her litterbox daily, but we’re concerned she will have no human contact or anyone to play with during that time. We don’t want her to become lonely and even more scared.

I learned about plug-in pheromones in your column. Do you think they might make her less fearful? Any suggestions would be most appreciated. — Jan, Las Vegas, Nevada

It’s fairly normal for a cat to leave the room when a stranger visits and not return until they are gone. If her background is as a stray though, she might be a little more skittish and afraid of strangers than normal. She may benefit from spray or plug-in pheromones. It won’t change her personality, but it might help her relax more.

As for your vacation, two weeks is a long time to leave a cat alone with just someone to feed her. You can take her to a kennel, but that might be more stressful for her based on her personality. Would your housekeeper or a friend be willing to stop by to watch a TV show or movie while you’re away? She won’t likely come into the room, at least not at first, but the sound of someone in the house might ease any loneliness. At least ask the housekeeper to leave the TV on so she has something to listen to while you’re gone. Leave toys scattered around the house for her to play with.

She may never like to be picked up or like it when strangers visit. That’s just her personality. As long as she has great places to hide and an owner like you who knows how to communicate with her, she will learn to trust her environment over time and will be a happy in your home.

I am an 82-year-old woman who lives with a 20-pound Cairn Terrier. Although he is prey driven, I have had the good health, energy, and strength to handle him until this past year. While walking him, I have ...Read More

I have two adult cats and recently adopted two long-haired sibling kittens, who are about 11 months old. The adult cats want nothing to do with the kittens. The kittens were raised by a foster mom and refused ...Read More

I have a 55-pound male mixed German Shepherd/Border Collie. The dog gets groomed every four weeks. He doesn't get his nails trimmed. For some reason, the quick is very close to the end of his nails, especially...Read More

My husband and I adopted a three-month-old male dog from a rescue organization. I'm not sure of his breed. He's about 25 pounds and looks like a black lab mix. The problem is, he is afraid of our home – and ...Read More

We recently noticed our rescue cat Chanel has been urinating on our couches. I tried putting ammonia on the spots after washing them and rubbing her nose on the sites. Nothing helps. She keeps doing it. We ...Read More

I have a two-year-old female Havanese/Coton de Tulear mix. I live in Tucson, where many in my community have lost little dogs and cats to coyotes. So, I have had her use a potty pad since she was eight weeks ...Read More