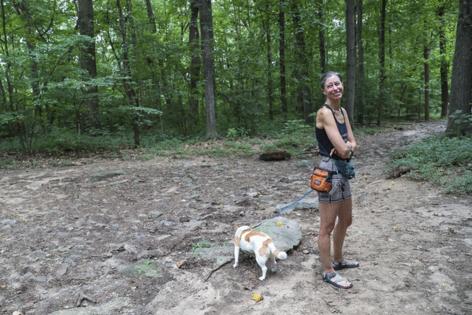 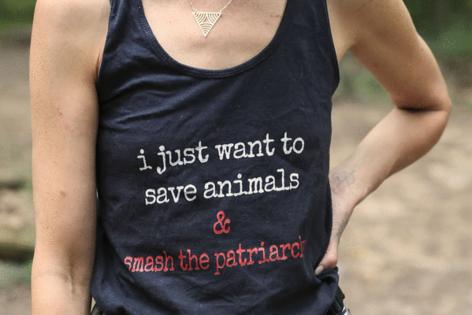 PHILADELPHIA — A small but growing number of dogs are being abandoned in and around a wooded section of the West Mount Airy area of Philadelphia — some of them found tied to trees or stakes.

A few other dogs, as well as cats, are being dumped in other locations in Northwest Philadelphia, according to activists.

The spate of creatures being discarded has worn on such people as Aminda Edgar, 45, a volunteer with the citywide nonprofit Green Street Rescue, which helps people adopt stray and homeless cats. She's also created her own nonprofit Familiar Hearts Animal Society, which finds foster and permanent homes for abandoned dogs and cats.

"It's truly an issue," Edgar said, "and more overwhelming this summer."

At least four abandoned dogs were discovered between April and June in Carpenter's Woods, a thickly treed, 37-acre slice of Wissahickon Valley Park, said Edgar, compared with three found there all of last year. A few dead dogs also have been found recently, one in a box covered by a raincoat.

Meanwhile, 11 other abandoned dogs and cats were found in spots near Carpenter's Woods within the last two years, compared with five between 2015 and 2020, Edgar said.

On Friday morning, Edgar was informed that a "super-cute" pit bull had been discovered tied to a tree near a bridge in Wissahickon Valley Park. She hurried out to investigate.

Still more rejected animals who have not yet been cataloged are loose in the area, animal experts say.

"There's a mind-set, often with dogs, of 'I can't take care of him. Let me set him free,'" said Samantha Holbrook, president of Citizens for a No-Kill Philadelphia, a nonprofit that offers assistance to people looking to give up their animals because they can't afford care.

"But these are domesticated animals used to being given food and water, and not able to survive in the woods."

(UPI) A dog stolen from a Texas family was found five years later when she was picked up by an animal control officer more than 600 miles away.

Going on a vacation can be expensive and stressful, especially if you plan on bringing your dog with you. With plenty of dog-friendly activities in your area, there’s no need to stray far away from home to enjoy a ...Read More

(UPI) Animal rescuers in the Long Island region of New York are urging residents to keep watch for a large exotic cat spotted wandering the area.

(UPI) A Lynx on the loose in New York's Long Island region has been captured after three days on the loose.

The Strong Island Animal Rescue League, which earlier warned residents to be on the lookout for the exotic cat, ...Read More

Dr. Ronald Li, a critical care veterinarian at UC Davis, treated 23 cats that were rescued from the devastating Tubbs fire that scorched Northern California for more than three weeks in October 2017. They had the kinds of ...Read More

(UPI) A Wisconsin couple turned their collection of more than 13,000 cat figurines and feline-themed pieces of art into a "mewseum" to raise money for shelter cats.