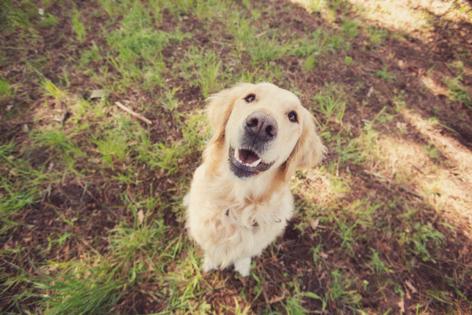 LOS ANGELES — Bentley seemed to be in a haze. Normally this 12-pound Chihuahua-terrier mix would never refuse hot, fresh French fries from a drive-through fast food joint. But on a recent warm afternoon, he turned his head away at his owner's offer.

"He wouldn't take them, so I knew something was wrong. He was just out of it," said Dana Long, a resident of Tiburon. Long eventually took his dog to the veterinarian, who informed him that his typically sprightly and voracious Bentley was stoned. He had likely picked up a chocolate edible on the fields of a nearby middle school, where Long's daughter was playing softball.

While excess cannabis consumption by canines is not new, cases are growing as more and more states legalize the drug, and its use becomes more widespread, according to the American Society for the Prevention of Cruelty to Animals. The group's poison hotline suggests that as more and more states have legalized recreational marijuana, reports of marijuana toxicity in dogs have also grown.

Between 2017 and 2020, national call volume for cannabis ingestion rose from 1,436 to 3,923 cases, said Tina Wismer, a veterinarian and senior director of the New York-based ASPCA Poison Control Center.

Those numbers are likely just a fraction of the true incidence of marijuana poisonings — reporting to the control center is voluntary — but the trend is clear. In California, where recreational marijuana was legalized in November 2016, call numbers grew by 276% between 2016 and 2020. In Colorado, those numbers have risen eleven-fold since legalization in 2012.

"If you ask any of our emergency room veterinarians, they would all say that the number of cannabis-intoxicated dogs has increased by leaps and bounds since legalization of medical and then recreational marijuana for humans," said Karl Jandrey, a professor of veterinary sciences at UC Davis.

It might sound funny that so many pooches are getting into the hooch. But for dogs who accidentally ingest potent edibles intended for a human several times their weight, the narcotic effect can be serious. In addition, if dogs are chewing on drugs found outdoors, it is possible those drugs are laced with chemicals other than THC, the active ingredient in pot, said several veterinarians.

Some of the reported cannabis incidences, possibly the majority, are home-grown — dogs stumbling across their owner's stash on the counter or couch. But a growing number of poisonings are also occurring in the "wild."

On the app Nextdoor, dog owners across Marin County chimed in recently with their own stories of dogs inadvertently getting "baked" on walks around the neighborhood, in nearby parks, at schools and public beaches.

One woman, who resides in Stinson Beach, wrote that her toy poodle has been to the emergency room four times as a result of eating cannabis while being walked around the neighborhood. The first time was on the beach in Bolinas, the second on a neighborhood walk on Mill Valley, and the other two times on walks above the market in Stinson.

All pets, like people, get sick or have a medical emergency at some point in their lives.

But unlike with human medicine, many people have not considered or accurately estimated the cost of care or how they would pay ...Read More

(UPI) A Jack Russell terrier broke a Guinness World Record when he ran the bases at Dodger Stadium in only 21.06 seconds.

Lori Signs, owner and trainer of the canine, named Macho, put balloons at each of the bases to ...Read More

Raising a puppy is a challenge for both new and experienced dog owners, but it can also be an exciting, life-changing experience. The goal is to provide your puppy with a safe environment, but there is a fine line ...Read More