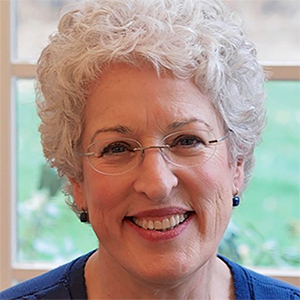 Q: Our dog Pearl seems to prefer my wife to me, and that hurts my feelings. Do you know why? Can I do anything to convince Pearl to like me more?

A: A few possible reasons come to mind. Does your wife feed Pearl? Does she spend more time with her? Does your wife greet Pearl warmly and cuddle her more than you do?

Another possibility is that you tease Pearl, and she doesn't trust you. Scientists conducted an intriguing study on this topic and concluded that when dogs discover that certain people tease or mislead them, they no longer trust them.

In their 50-dog experiments, researchers hid food in one of two containers, pointed to a container, and recorded which container each dog chose.

However, when a new scientist conducted phase 3, all the dogs opened the container with the food, presumably because they trusted this new person who had not misled them.

Yet another possible reason for Pearl to prefer your wife is that she perceives her to be more competent than you. In a recent study of 74 dogs, scientists showed them two people, both actors, trying to remove the lids from transparent containers, some of which contained food.

One person was adept at removing the lid, while the other was incompetent. Dogs preferentially approached and spent time with the competent person -- but only when the transparent container held food.

Surprisingly, only the female dogs preferred the competent person, while the males showed no preference. However, one of the researchers explained this difference by saying, "Female superiority in the social cognitive domain has been reported across many mammalian species, including humans."

In an earlier study, these researchers had learned that dogs avoid people who decline to help their owners remove an object from a transparent container. If that sounds like you, be sure Pearl sees you helping your wife around your home. If your wife feeds Pearl, ask to take on that responsibility at least half the time.

Q: My cat has lymphoma. I know humans also get this type of cancer. Is it possible for my cat to give me her lymphoma?

A: No. Cancers are not transmitted from pets to people, or for that matter, from one person to another...Read More

Q: My hamster, Cheeky, doesn't use his exercise wheel. My friends' hamsters all do. Is Cheeky just lazy, or should I get him a different wheel?

A: Most hamsters enjoy their wheels, although some don't, just like some ...Read More

Q: After my dog Lola was spayed, her veterinarian fitted her with a plastic Elizabethan collar, or E-collar, to prevent her from licking her surgical incision. Fortunately, the incision is healing well. Why do dogs lick ...Read More

Q: I love my dog, Jack, and my cat, Annie. They are important members of my family, and I want to keep them with me as long as possible. What are the best ways to help them live long, healthy, happy lives?

Q: Our daughter, who recently bought her first house, has been talking about getting a puppy. She will be hosting Hanukkah this year, and we'd love to see her face when a cute little puppy sporting a big blue bow springs...Read More

Q: The veterinarian says my cat has tooth resorption, so I made an appointment for her to have dental X-rays and probably tooth extraction. What can you tell me about this condition?