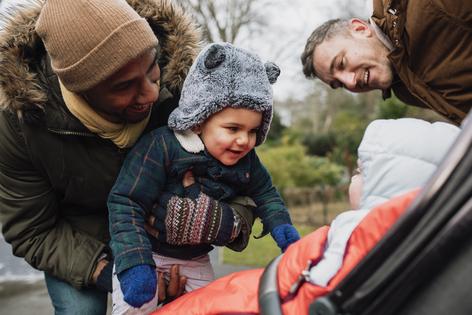 The aphorism “birds of a feather flock together” describes the fact that people tend to prefer associating with others who are similar to themselves. The phenomenon goes by different names: Sociologists call it homophily, psychologists call it in-group favoritism and political scientists call it affective polarization. It’s observed in a wide range of demographic and social characteristics including sex, race, religion, age, education and political party.

But what about parental status? Do parents prefer other parents? What about child-free people who don’t want to be parents? Do these preferences even matter?

Pronatalism, a set of beliefs and political policies that promotes and favors human reproduction, is common in many countries. Therefore, it’s not surprising that people tend to have more positive attitudes about parents than they do about child-free people.

For example, people generally perceive parents as kinder and more psychologically fulfilled than child-free people. Additionally, people express feelings of admiration toward mothers and feelings of disgust toward child-free women.

A “feeling thermometer” question is one common way to measure how people in one group feel about people in their own group or in other groups. This question asks a person to rate how warmly they feel toward a group on a scale from 0, or very cool, to 100, or very warm.

We used the same approach to compare parents and child-free adults, and discovered three important patterns.

'KNOCK AT THE CABIN'

Rated R for violence and language.

What it’s about: A home invasion horror thriller with an apocalyptic bent in which a group of fanatical strangers attempts to convince a family to sacrifice one ...Read More

“What went wrong, John?” asked a fellow boomer who, like many folks my age, are dismayed at what has happened within the American family over our lifetimes. Specifically, we have seen the end of mere childrearing and ...Read More

What it’s about: A group of friends escape the pandemic for a weekend at a spooky lodge in Northern California, where they express their fears and see them come true.

A fellow psychologist says I paint with too broad a brush concerning the devastating effect mental health professional advice has had on children. He claims that some changes in parenting practice since the 1960s have been...Read More