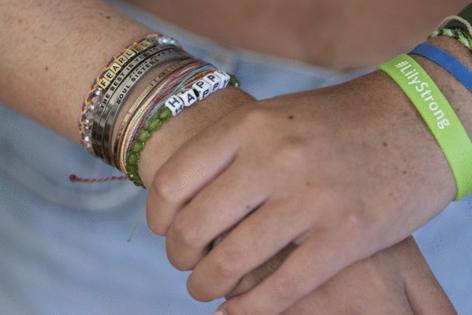 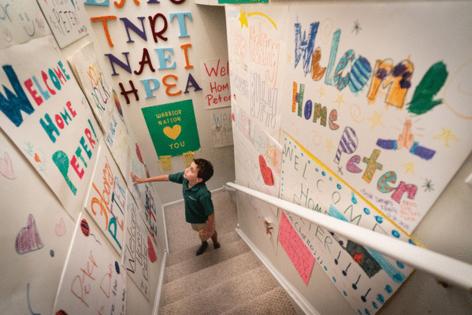 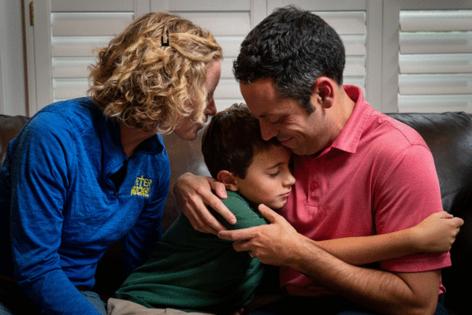 PHILADELPHIA -- Lily Walker, 17, was in eighth grade when she suddenly lost weight and suffered headaches so severe she’d throw up. Her mom thought it was stress, or maybe a virus. After the double vision set in, a doctor told the family to head to an emergency room.

Her cousin, Peter Cellucci, then 7, stopped eating two years later. He suddenly needed to grip the banister with both hands to walk down the stairs at school. When he could no longer step into the bathtub without losing his balance, a doctor also told his parents to take him to a hospital ER.

Lily and Peter’s mothers are second cousins living 17 miles apart in the Philadelphia suburbs. Since December 2020, their families have shared a journey that has tested the limits of medical understanding, as well as their shared Catholic faith.

Each morning, Lily swallows a chemo pill to tame an inoperable brain tumor. Every three months, Peter gets an MRI scan of his head and spine to make sure the lime-sized brain tumor hasn’t grown back.

Pediatric cancer is rare. Malignant brain tumors in kids are even rarer. The cousins are simultaneously in treatment for two different, though equally aggressive, types of brain cancer at Children’s Hospital of Philadelphia.

The day after Peter’s diagnosis, his mom said she found a quiet space in the hospital and commiserated with Lily’s mom over the phone.

“I remember saying, ‘What the hell is happening?’” recalled Tricia Cellucci, whose mom is a first cousin to Megan Walker’s dad. “‘How is this even possible?’”

Doctors are unable to explain why this happened to one family. Only one in roughly 182,500 children in the United States are diagnosed each year with Lily’s tumor type and grade and one in about 150,000 for Peter’s.

That means that out of all 850,000 school-aged kids in the eight-county Philadelphia region, only about 10 will be diagnosed with either Lily’s or Peter’s type of brain cancer in any given year.

What it’s about: A horror film about a contagious death curse with one notable symptom: smiling.

The kid attractor factor: This is a fairly ...Read More

Arrrrrrggggggggghhhhhhh! Will you please just stop doing that, please? Every time I see it, I want to scream, and I’m not an emotionally hyperactive person. I’m talking about adults high-fiving children, and yes, I am ...Read More

What it’s about: A housewife in a utopian 1950s community starts to question her existence when strange things begin happening.

Zoe is the Greek word for "life," which is something that ...Read More

What it’s about: Based on the real-life Agojie woman warriors from the ...Read More

The toll of recent days showcases the issue. On Monday, a 14-year-old boy was charged with murder...Read More