Let brothers work out their conflict 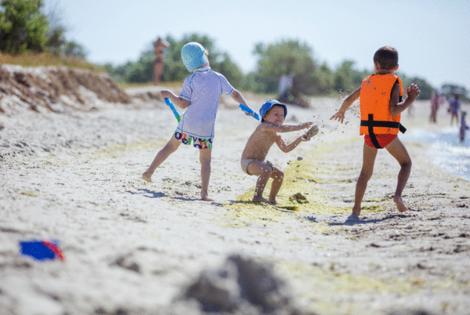 Q: Our 8-year-old, the oldest of three, is often rude to his siblings. I know some sibling conflict is normal, but this seems excessive. I hear him multiple times per day tell his younger brothers how annoying they are. In addition, he often yells at them to stop whatever they are doing that he doesn’t like. We’ve asked him to stop berating and yelling at them and have him rephrase his disrespectful words, but his disrespect doesn’t seem to be improving and it’s beginning to drive us up the wall. Thanks for any advice you can give us.

Your description causes me to believe your oldest is merely establishing and constantly reminding his younger brothers he, and he only, is the alpha male child, that he is their superior in all matters, and they are expected to always and without question do as he commands. Ironically, however, he must also establish that they are completely incompetent to properly do anything he commands. Therefore, he must constantly correct and berate like a stereotypical Marine drill instructor from the good old days when Marine drill instructors were truly scary.

Dispel any worry you may be having over the possibility that your older son’s alpha male child behavior toward his underlings is going to scar them psychologically. First, it is my belief that at some point in his life, every male needs a Marine drill instructor. Second, you’re describing normal boy behavior that will eventually run its course. By the time your eldest is a teenager, the likelihood is significant that his younger brothers will idolize him.

Meanwhile, the question begs: What, pray tell, should you do when your oldest son’s Alpha Male Child, Marine Drill Instructor behavior becomes disruptive to the peace of the family? This may be counterintuitive, but for disturbances of the family’s peace, I recommend you put all three boys —and yes, even if only two are directly involved — in the half-bath (aka powder room) for 30 excruciating minutes.

I virtually guarantee that while taking a powder in the powder room will not stop your son’s alpha male child behavior, the boys will quickly learn that avoiding mutual confinement requires that they maintain their conflict at a low volume, which is really all you can realistically hope for under the circumstances. They will work it out, but in their time rather than yours.

I grew up in the “You’re Making a Mountain of a Molehill” era, also known as the Age of “Children Are Starving in (fill in the blank with some remote place)," and by golly, I’m a better person for it!

Q: My best friend’s 6-year-old daughter is an only child and a spoiled brat. She screams at her parents when she doesn’t get her way, always wants to be first at everything and is extremely bossy with other children. ...Read More

Q: We see my husband's 9-year-old son every other weekend and two weeks in the summer. He has major issues in school with both behavior and doing his work. He's well behaved when he's with us, but his mother lets him get ...Read More