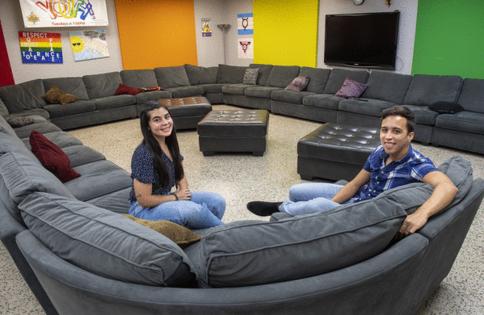 The middle schooler rushed home to shower and emerged from the bathroom distraught. Kai’s mother, Barbara, said she looked into his eyes and knew she needed to do something or her child, who identified as a male, would harm himself.

Within weeks, Kai began puberty-blocking hormones that stopped the periods.

“I really believe that saved his life,” Barbara said.

In Florida, recent state actions threaten medical and psychological care for transgender youth like Kai, say more than a dozen families of transgender youth and children. They say that years of gains would be erased if the state makes transition-related care difficult to get or pay for. In interviews with the South Florida Sun Sentinel, the families credit transition care and gender-affirming therapy with not only allowing their child to become the sex they feel they are but also with keeping their child alive.

These are the ways transgender youth treatment is under fire in Florida:

• Gov. Ron DeSantis’ administration moved forward Friday with a proposal that would deny Medicaid coverage for treatments such as puberty-blocking medication and hormone therapy for transgender people.

• Florida’s surgeon general is asking the Florida Board of Medicine to create policies that could ban or restrict transition-related care for transgender youth. The Board of Medicine regulates the state’s medical doctors.

• At least one state legislator wants to introduce legislation that would create a “felony child abuse” penalty for doctors who provide surgery or prescribe drugs that aid in the “gender assignment” of youth in Florida.

Granados didn't. But as she thought of the ongoing national formula ...Read More