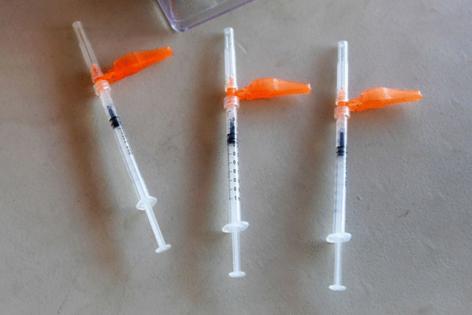 While the country is divided over COVID-19 vaccines — and Florida lawmakers plan to pass laws to undermine federal mandates — another ominous problem is going largely unnoticed: Routine immunizations for children, required under state law for school attendance, have fallen during the pandemic.

That means fewer children immunized for diseases such as measles, polio and mumps, which have been controlled or eradicated because of vaccine mandates — the boogeyman that has ignited school board protests and angry Facebook posts, driving Republicans across the nation to pass laws to make them more difficult for COVID-19.

Miami-Dade County has always struggled to get kids vaccinated because of its transient population and families from around the world who aren’t familiar with Florida’s vaccination schedule, according to Dr. Lisa Gwynn, a pediatrician with the University of Miami and president of the Florida chapter of the American Academy of Pediatrics. Even before the pandemic, the county fell below the state’s goal for 95% of kindergarten students receiving all doses of all vaccines required for school entry or attendance.

In the 2020-21 school year, vaccinations among Miami-Dade kindergartners in public and private schools fell from 93.4% the previous year to 92.9%. The biggest drop occurred among seventh-graders receiving their booster shots: 95.3% to 89.2%.

Florida overall saw a similar decline, with vaccinations among seventh-graders hitting its lowest level since 2009-10, though at 94.5% it still beats Miami-Dade’s. Among kindergartners, the state’s 93.3% rate is the lowest in seven years, according to a Florida Department of Health report.

The likely reasons behind this decline are parents skipping trips to their pediatrician because of fear of catching the coronavirus and students’ transition to virtual learning last academic year, according to Miami-Dade County Public Schools. Medical providers also had a limited number of appointments. Florida’s stay-at-home order early in the pandemic didn’t help. To catch up, the district has partnered with UM’s mobile pediatric clinic to offer free vaccines at different schools.

As life returns to normal, and kids are back on campus, the expectation, and hope, is that they will meet their immunization schedule. But school districts and health departments must also prepare for the anti-vaxx sentiment that has started to creep into these long-standing routine vaccinations. More parents are picking and choosing which vaccines they give their children, and when, and others are deciding to forego them all together, Gwynn told the Herald Editorial Board. She has even seen parents of babies in newborn intensive care unit turning down shots.

Most of the pushback is coming from affluent, educated and politically engaged parents, not low-income and migrant families who often lack access to care and information, she said.

“Never before have doctors been so challenged about vaccines,” Gwynn said,

I often go looking for parenting ideas that illustrate the difference between so-called “parenting” and mere child-rearing. They abound. My latest find came in the form of a 2018 article on fatherly.com by parent coach...Read More

KANSAS CITY, Mo. -- With COVID-19 case numbers and death counts surging, many are facing a heartbreaking situation: the death of a loved one from COVID-19. If you have paid for a funeral in the last two years of someone ...Read More

As my kindergartner fumbled with his shoes, I stood at our door sifting through the mental parenting checklist newly lodged in my brain: backpack. Sweatshirt. Snacks. Sunscreen. Water bottle. KN95 mask. Vaccination card.