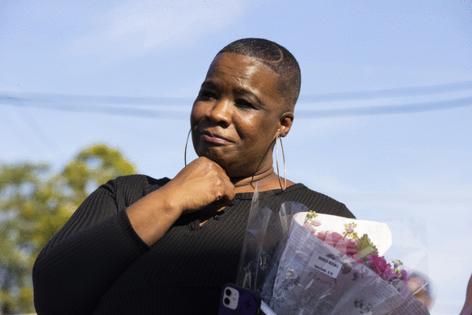 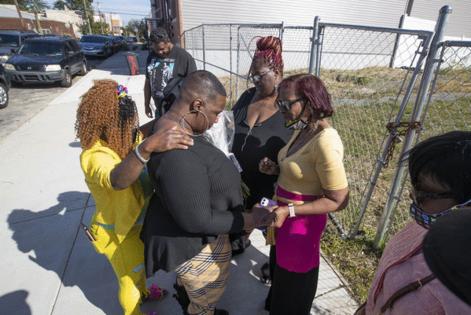 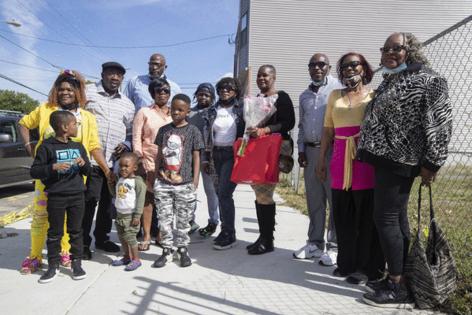 Believing the line referred to an event that happened this year, Ward-Moore tried to delete the email, but for some reason, she couldn’t.

“I thought my computer was hacked,” she said. “It was almost like, ‘You’re not going to delete this until you read it,’ so I said, ‘Maybe I just need to read this anyway.’ ”

The featured story in the newsletter that day was about Cheryl Edwards, a woman who was found in a pillowcase as a newborn in a Philadelphia rowhouse. The headline read: “Abandoned at birth in West Philly in 1967, she still seeks answers.”

Within 24 hours of Edwards’ story running online, Ward-Moore, her sister, Geraldine Ward, 62, and several members of their extended family contacted The Inquirer to say they not only knew Edwards’ story, but they believed they were her biological relatives.

“I’ll tell her everything she wants to know. I will 100% be willing to do a DNA test,” Ward-Moore said the day after the story ran. “Even if we’re not related, I feel connected to her. I’ve been through days since yesterday.”

On Aug. 13 — one day before Edwards’ 54th birthday — DNA test results proved what Ward-Moore believed all along: Edwards is her first cousin. A few weeks later, DNA testing also confirmed Edwards has a half-brother.

“Since the age of 9 up until the age of 53 I had no idea about my past. All of those years of wondering and not 24 hours after the story goes out, we get an answer. I’m still blown away by it,” Edwards said. “For people to read the story in its entirety and make immediate connections and act on it, it had to be God-ordained. I can’t explain it any other way.”

Hidden in a pillowcase

What it’s about: A garbage man with a dark past has to confront his demons to move forward.

The kid attractor factor: This is a violent adult drama, not much of a draw for kids, maybe teens.

CHICAGO -- On his last Friday in the United States, Francisco Arellano spent the evening the same way he had spent many evenings for over 30 years: surrounded by his family, drinking some tequila and eating pambazos.

I often go looking for parenting ideas that illustrate the difference between so-called “parenting” and mere child-rearing. They abound. My latest find came in the form of a 2018 article on fatherly.com by parent coach...Read More

KANSAS CITY, Mo. -- With COVID-19 case numbers and death counts surging, many are facing a heartbreaking situation: the death of a loved one from COVID-19. If you have paid for a funeral in the last two years of someone ...Read More