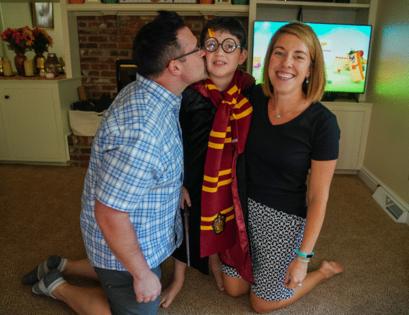 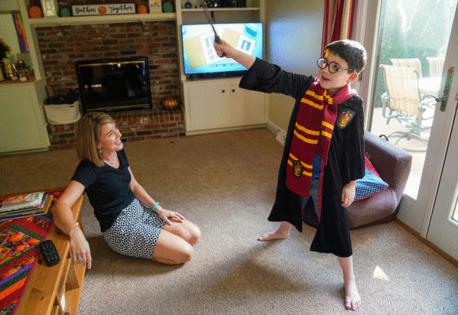 PITTSBURGH — When Katelyn Collins spotted a Harry Potter costume in August, she envisioned how perfect a lightning bolt would look peeking out from beneath her 7-year-old son’s Harry-like dark brown hair on Halloween night.

But the mental snapshot faded quickly as she inspected the costume for far more important qualities than looks.

She realized it wasn’t much more than a cape and a scarf, which would allow him to wear his regular clothes underneath. There were no zippers or buttons. It wasn’t too heavy. The material wasn’t scratchy.

Collins, 38, of Cranberry, considers such things because her son, Knox, has autism. He struggles with pretend play, like dressing up, and finds most costumes overwhelmingly uncomfortable.

“I think we think, ‘Oh, this is so fun, to put costumes on,’ but he’s always challenged my perception of that,” Collins, an educational and behavioral consultant, said. “He’s like, ‘I’m Knox. I don’t know why you’d want me to be a dog.’”

And many of those kids, maybe with assistance, will be ringing doorbells on Halloween night.

To Erin Troup, owner and therapist at Sprout Center for Emotional Growth and Development, an outpatient and early childhood consultation group in Brentwood, Halloween serves as a good reminder to “keep disability at the front” when a child’s behavior seems uncommon.

“It’s unlike anything else,” Troup said of Halloween night. “It’s spooky. It’s creepy. We shelter kids from that stuff all other times of the year, and then it’s right there in someone’s front yard.

“There’s enough going on there that a typical kid will melt down, but a child with challenges, it’s a lot to think about.”

That changed a few years ago, when Gottfried began researching his family tree. He started with his father's parents — Jews who ...Read More