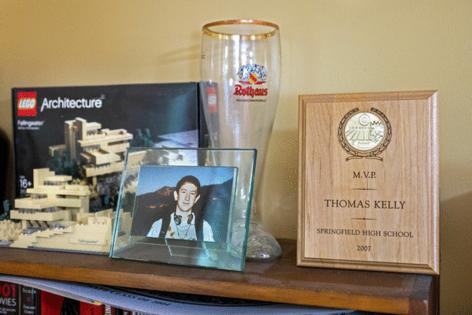 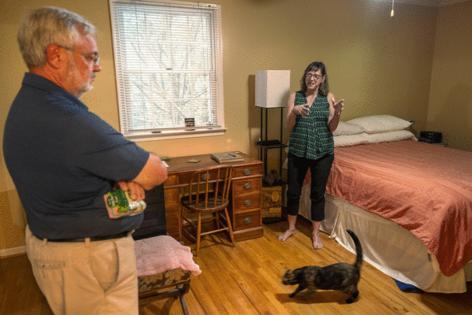 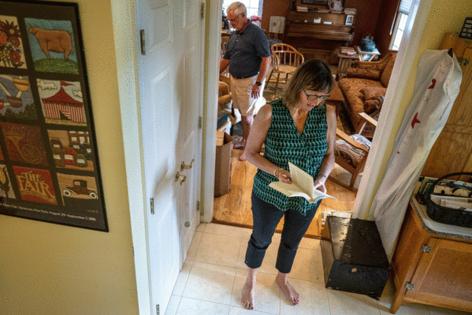 PHILADELPHIA 19—John Kelly and his wife, Christina, had held on to their son's childhood belongings, his Lego blocks and Beanie Babies, thinking that if they ever became grandparents, the kids might like to play with their father's old toys.

That "someday" vanished in November, gone with their only child, Thomas, age 30.

His dresser, bed, and desk, left behind when he moved into a place of his own, are upstairs in the couple's Delaware County, Pennsylvania, home, along with a bookcase crammed with works in the languages he mastered, French, German, Spanish, and Arabic.

They wondered what to do with it all. But as the couple saw the news of thousands of Afghans stepping off of evacuation flights at Philadelphia International Airport, they knew who should have their son's belongings.

"He would have chosen it to go to them," Christina Kimball-Kelly said.

She and John have begun checking where they might donate, including the large Philadelphia agencies involved in the resettlement of Afghanistan evacuees, and the smaller, nonprofit partners that often have more space to gather and store goods.

It's a personal gesture offered amid a national undertaking, the largest resettlement effort since the end of the Vietnam War. In coming months the Biden administration intends to vet and resettle tens of thousands of Afghans who fled as the Taliban took over the country.

Humanitarian agencies say Congress will need to provide billions of dollars in funding, even as businesses and nonprofits step forward.

Airbnb says it will cover the temporary housing costs of 20,000 Afghans, Walmart pledged $1 million to refugee and veterans groups, and Care International intends to give $1,000 to each household for food, hygiene products, and other necessities.