Why? Because I said so 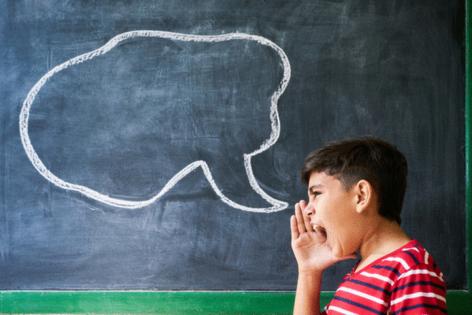 When I was a graduate student, one of the parenting memes then emerging from within the mental health professional community had it that “children deserved explanations.” The flip side of that very progressive notion was that parents should never say “Because I said so” in response to “Why?” or “Why not?”

One of the books I read maintained that parental explanations served to teach children how adults made decisions and were, therefore, essential to the development of good decision-making skills.

As was generally the case among my peers, this novel approach to the raising of children appealed greatly to me because my stepfather had never explained himself. His rather peculiar response to “Why?” was “Y is a crooked letter.” I once asked him what that meant. His response: “I don’t know. My father said it and I’m just passing it on.” That I seem to have made reasonably good decisions in my adult life will forever remain a mystery.

My mother, on the other hand, tended to explain herself, which is why I argued with her incessantly. As a teenager, I would bring her to tears on a somewhat regular basis, at which point she would generally give in. She was convinced I was destined to become a criminal defense attorney.

As a young parent, I adopted my mother’s approach and taught my children to argue. Because I sank to their level, they were prone to disrespect in word and tone, and I was prone to punishing them. Notwithstanding my anger-driven consequences, they continued to argue and persist in their disrespect.

I finally realized that I was blaming them for problematic behavior that was my doing. They did not qualify for a diagnosis; rather, my well-intentioned explanations were the cause of my parenting grief. Rather instantly, I began channeling my stepfather, but instead of “Y is a crooked letter,” I incorporated “Because I said so” into my parenting vocabulary. Equally instantly, the arguments stopped, proof that when it comes to raising children, there is nothing new under the sun.

Explanations do not teach children how to make good decisions; they give children tacit permission to construct arguments that infuriate parents who, oddly enough, continue to explain themselves, continue to become infuriated, and then accuse their kids of being “argumentative.”

Children do not deserve explanations. How can the case be made for entitlement when the subject is a dependent? It cannot be. Children deserve parents who demonstrate confidence in the decisions they make. Paradoxically, children do not sometimes (often?) appreciate said confidence; nonetheless, it greatly enhances their sense of well-being. Children are incapable of grasping the paradox, so save your breath and do not try to explain it.

When, following “Because I said so,” a child tells you he hates you, simply smile and say, “Oh, that’s fine. If I was your age, and in your shoes, I’d hate me too. That, too, will pass.”

And then, exit, stage left, leaving the child to “stew in his own juices.” My stepfather was fond of that expression as well.

A: Answering your question requires that we first unpack the word “parenting.” The definition is simply �...Read More